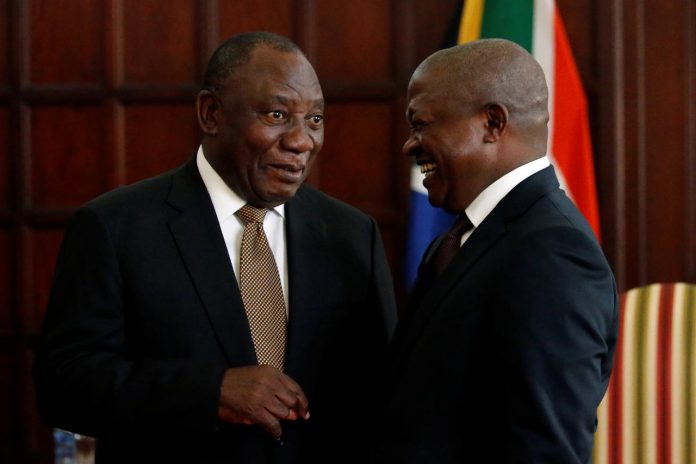 JOHANNESBURG (Reuters) – South Africa’s deputy president David Mabuza will be sworn in as a lawmaker on Tuesday, after a week’s postponement for him to address accusations he brought the ruling African National Congress (ANC) into disrepute, the party said.

The move clears the way for 58-year-old Mabuza, an important ally of President Cyril Ramaphosa, to remain his deputy, but again throws a spotlight on shadowy corruption allegations that have hit the ANC’s popularity in recent years.

The ANC easily won this month’s general election, though its vote share dropped due to anger over scandals and persistent inequalities since it took over after the end of apartheid and white minority rule in 1994.

Ramaphosa said last week that Mabuza requested a delay to his swearing-in at parliament after a report by the ANC integrity commission alleging he had “prejudiced the integrity” of the party and brought it “into disrepute.”

The former schoolteacher and premier of northeastern Mpumalanga province has struggled to shrug off allegations there over irregular tenders for a 2010 World Cup stadium, political killings, and gifts to former president Jacob Zuma.

He denies all wrongdoing, and wants all the allegations levelled against him to be tested in a court of law.

ANC presidency office head Zizi Kodwa told Reuters that Mabuza had met members of the integrity commission in the past week. A report would be given to the party’s executive committee, he said, without giving any further details.
“ALL SYSTEMS GO”

“I wouldn’t know what they had said, but I can tell you now that the fact that the deputy president is being sworn in, it means that all the issues that the integrity commission wanted clarity on have been clarified,” he told broadcaster eNCA.

Daniel Silke, director of the Political Futures Consultancy, said the go-ahead for Mabuza gave him “a degree of additional respectability”, though he lamented that the South African public was in the dark over the case.

“Unfortunately it all seems very secretive. There is very little transparency in the way this matter has been dealt with,” he told Reuters, saying that contrasted Ramaphosa’s pledge to run a cleaner and more transparent government.

Ramaphosa, whose predecessor Zuma’s 2009-2018 presidency was dogged by allegations of widespread corruption, is due to announce his new cabinet later this week. 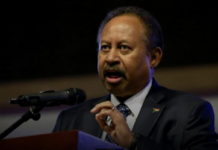 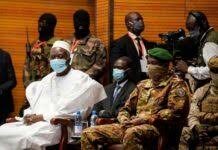