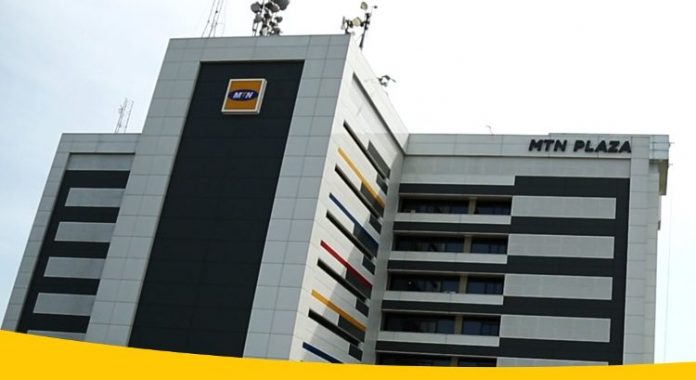 Operatives of the Economic and Financial Crimes Commission (EFCC), on Friday, May 24, 2019, raided the office of MTN Nigeria in Falomo Ikoyi, Lagos, shutting down all activities in the Complex, Naija247news has learnt. This is in what a source said was connected to complaints relating to the telecommunication’s recent listing in the market.

The operatives of the anti-graft agency were said to have stormed the MTN’s office in Lagos, where it met with top key officials of the company and demanded some documents relating to its listing at the NSE.

While the reason for the raid could not be ascertained at the time of reporting, Brand Spur, sources say members of the agency stormed the telco’s head office, stopping all activities for alleged fraudulent financial activities pertaining to the company’s recent listing on the Nigerian Stock Exchange (NSE).

“I believe the EFCC was informed that MTN was manipulating figures and also, maybe because of fraud pertaining to the company’s listing,” the source said.

Naija247news media reached out to the telco’s Public Relations Officer, Funso Aina, who neither denied nor admitted that the company was raided, but said: “We will send out a statement to that effect very soon”.

Big players in the Nigerian capital market also think that if MTN shares continue to climb the way it is rising they stand the risk of being dethroned from their vantage positions as the market leaders.

They are believed to be interested in the stories making the rounds that the scarcity of the MTN shares is a function of manipulation.

No official of the EFCC and MTN was prepared to be put on record on the matter.

MTN Nigeria was listed at a total of 20, 354,513,050 at N90 per share on May 16, after the company had completed all the necessary steps required by the NSE for listing which led to the approval.

On the day of the listing, MTN Nigeria was reported to have emerged as the second largest company on the nation’s bourse after Dangote Cement with a market capitalisation of N1.83 trillion.

In spite of its first day bullish outing, the shares of MTN Nigeria recorded its first price loss on the Nigerian Stock Exchange (NSE) on Friday after its listing on May 16.

The stock dipped N9 to close at N140 per share following profit taking.

The telecommunications company had listed 20.35 billion shares at N90 per share which recorded steady growth to hit N149 per share.

The market capitalisation shed N263 billion or 1.90 per cent to close at N13.601 trillion compared with N13.864 trillion recorded on Thursday.