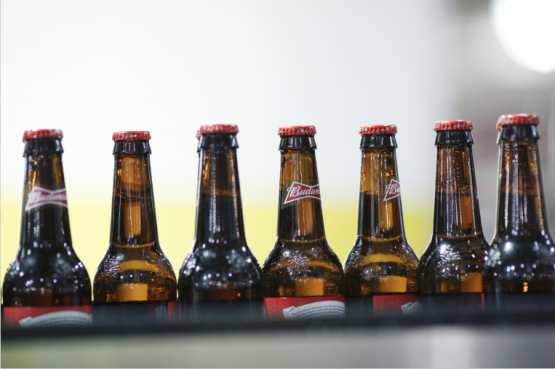 Anheuser-Busch InBev (AB InBev), the world’s largest beer maker, expects the total investment in its new brewery at Sagamu in Nigeria, to be up to $400 million, Chief Executive Carlos Brito said on Wednesday.

The $250 million brewery has already started operation and capacity will be expanded in phases, Brito told reporters at a media briefing in Johannesburg, without giving a timeline for the next phase.

“Nigeria (is) becoming a more and more important market as we grow in that market,” he said.

“I mean we’re growing double digits, we didn’t grow in the past as fast because we were lacking capacity and now that we have capacity, strong brands and (a) great group of people we’re challenging the status quo there.”

Performance in the brewery industry has mirrored occurrences in the macroeconomic space.

The recession that hit the country in 2016 had a debilitating hit on the brewery industry as the ensuing liquidity crunch led to sharp drop in the disposable income of consumers who reduced patronage for their favourite beer brands, or shifted their love to more pocket-friendly substitutes.

Following the exit of the country’s economy from recession in the second quarter of 2017, brewers intensified their scramble for consumers’ loyalty and increased market visibility via strong marketing campaigns and expanded distribution outlets.