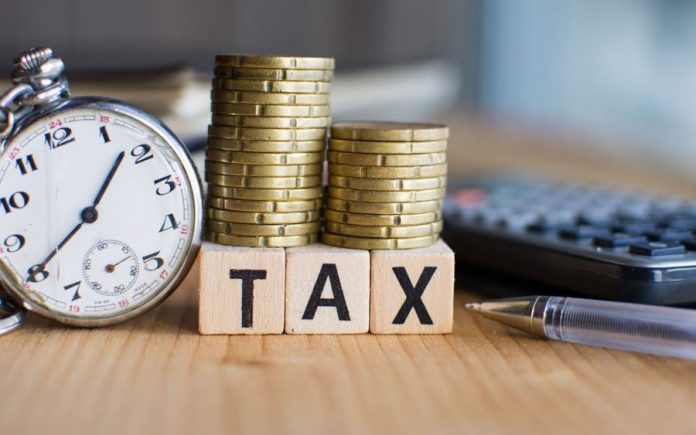 Unremitted withholding taxes due to the 36 states of the federation account for over N6trillion loss of revenue annually, Dr. Osifo Samson Igbinoba, renowned accountant and financial management expert, has said.

This princely sum in revenue shortfall is considered unprecedented at a time when most states owe arrears of staff salaries and are unable to provide basic amenities for her growing populace.

The irony, however, is that while majority of the affected states are on aggressive drive to shore up their internally generated revenue, most of the states are hardly aware of how much they can get in terms of receipts from withholding taxes.

According to Igbinoba, most states, with a few exceptions, are rather oblivious to the fact that the WHT collections and receipts are warehoused in banks, most of who are rather silent about it because it is a means of boosting their revenue base and capital.

Withholding Tax (WHT) is an advance payment of income tax. In principle, it is a payment for the ultimate income tax liability of the taxpayer or company. The tax is deducted at source when a payment is to be made to the beneficiary.

Withholding taxes are collected on rental income, income from investments such as treasury bills, shares, royalty, to mention just a few.

The rate applicable to WHT varies. Dividends, interest, rent, commission, directors’ and management fees attract 10% respectively while royalties is 15% with consultation, technical, service fees, construction and building, contracts, other than outright sales and purchase of goods in the ordinary course of business is at 5% rate.

“The banks are deducting the withholding tax and stamp duties but fail to remit it,” Dr. Igbonofa, who sits atop as the Principal Partner of Osifo Samson & Co., a financial, management and tax consulting firm, said matter-of-factly.

Pressed further, the Olabisi Onabanjo University trained accountant who has two separate PhDs in Credit Management and Financial Economics, said: “I can tell you categorically that a state can generate about N100million from withholding taxes on a monthly basis. The thing you need to understand is that most times interests from withholding taxes are calculated monthly. An average Nigerian has a fixed deposit with the bank and also does one or two businesses with the banks. Normally, the account holder would have instructed his bank to start dropping his interest at the end of every month and of course, the banks in their usual way would have deducted the withholding tax from source.

“As I said, the N100billion is to be collected for each states of the federation. I’m not talking about how much accrues to the federal government now. Each state is supposed to be collecting at least N100billion,” he maintained.

The state governments, he maintained, “Needs to look inwards. They cannot do it all alone and that is why we have consultants everywhere to really sit down with them and really close mark all these banks.”

The Edo State-born financial analyst who recalled that his firm helped to track unremitted withholding taxes illegally warehoused by some banks on behalf of a particular state government, said the unremitted WHT was over N2.5 billion.

“Now let’s assume each rent you pay to your landlord in Lagos, they pay 10 per cent of that to government, how can you imagine the number of revenue that you will bring into the coffers of government? Can you imagine that all houses in Lagos, especially highbrow areas like Ikoyi, Victoria Island, Lekki, etc, that are being commercialised and the landlord is paying 10 per cent to the state government? That’s a lot of money we are talking about here. If you also add the receipts from unincorporated individuals you can imagine the haul of cash. It is the same in other states as well.

When our correspondent reached out to officials of the Lagos Internal Revenue Service (LIRS) to get a first-hand view of the agency’s WHT portfolio, a fellow who simply gave his name as Sile from the LIRS Customer Service Centre, who was noncommittal as far as the receipts from WHT is concerned, was quick to add that submission of the withholding schedules to the LIRS PIT unit to show details of deduction just as collection of withholding tax credit notes or receipt from the bank where payment is made in favour of each beneficiary on the withholding tax schedule who suffered deduction.

Pressed further, Sile said further inquiries should be directed at the Head of the Withholding Tax Unit of the LIRS. As at press time, response to the inquiries was still being awaited.