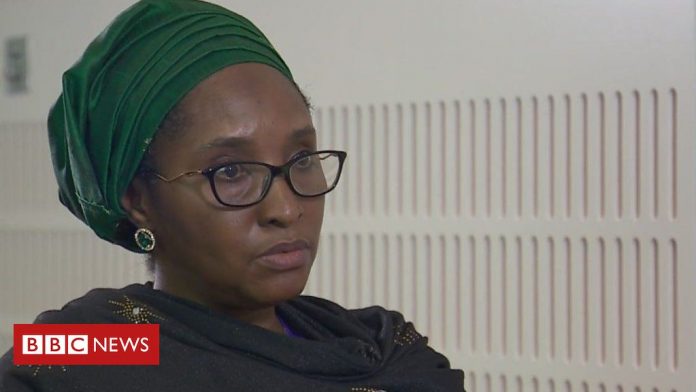 The Nigeria Labour Congress and some civil society organisations have advised the Federal Government to delay the disbursement of the N649bn Paris Club refund to states until after the inauguration of incoming governors on May 29.

The advice followed the disclosure by the Minister of Finance, Mrs Zainab Ahmed, on Thursday that the Federal Government was set to disburse the outstanding N649.434bn to states. Speaking at a press conference on the activities of her ministry, Ahmed said the money was the last tranche of the refund.

She said, “For the final phase of the Paris Club debt refund, the total sum of N649.434bn was verified by the ministry as the outstanding balance to be refunded state governments.

“The payments made by the Central Bank of Nigeria as of March 2019 is N691.56bn. The increase in CBN payments partly arose from the exchange rate differential at the point of payment. Although some states still have outstanding balances, they will be refunded in due course.”

But reacting to the development, the President of the NLC, Mr Ayuba Wabba, told our correspondent on Friday that the union’s recommendation to the Federal Government would be to delay the disbursement of the money till after May 29, when the newly elected governors would have been sworn in. He said the reasons border on accountability and the manner the previous refunds were used by some governors.

Wabba said, “The incumbent governors have a few days to go, so I am of the strong view that the money should actually be given to the incoming governors who would start on a clean slate and address substantial issues in governance.

“Clearly, some of the outgoing governors would like to use the money to pay severance allowances, which I think is not a priority, and you know that some of the states have spent huge amount of money on their build-up for the 2019 elections.”

The Socio-Economic Right and Accountability Project also said the disbursement of the money should be deferred until after May 29.

SERAP’s Executive Director, Adetokunbo Mumuni, in an interview with our correspondent, said, “Since many of them are in the twilight of their tenure, the payment should be delayed till after the inauguration of new governors.

“If somebody has only a couple of days (11 days) to the end of his tenure, why give them an opportunity to superintend that volume of money.”

The President of the Campaign for Democracy, Bako Usman, told Saturday PUNCH that paying the money to states where governors did not account for the money received earlier could be counterproductive.

But the Chairman, Centre for Anti-Corruption and Open Leadership, Mr Debo Adeniran, said both returning and new governors could not be trusted but that the Federal Government should set up a monitoring team that would track the money from when it is disbursed to when it is used.

He said, “We know the kind of politicians we have and we cannot trust them, both incoming and outgoing. The incoming governors could see it as a welcome package while the outgoing ones may see it as severance benefit.”