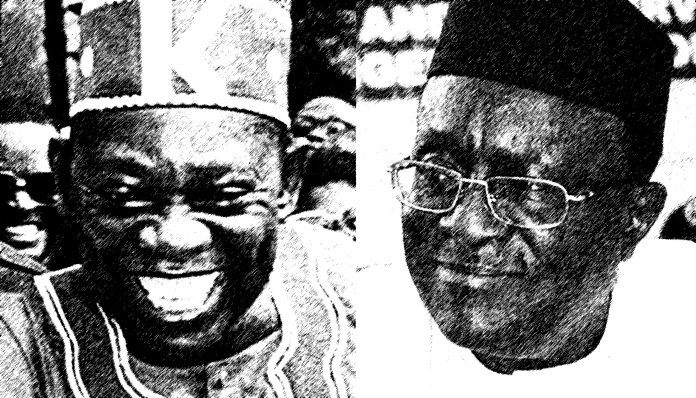 In the just concluded week, the Senate finally passed the Public Holiday Act Amendment Bill, in alignment with the President and the members of the House of Representatives to move Democracy Day from May 29, to June 12. President Muhammadu Buhari, in June 2018, directed that Democracy Day, hitherto observed yearly on May 29 since 1999, would henceforth be celebrated annually on June 12 while May 29 would remain the handover date for outgoing Presidents.

According to the President, the decision to replace May 29 with June 12 was premised on the need to posthumously honour the late Chief Moshood Abiola Kashimawo (MKO), the Presidential Candidate and winner of the 1993 Presidential elections on the platform of the Social Democratic Party (SDP), with the highest national honour, the Grand Commander of the Federal Republic (GCFR), while his Vice Presidential candidate, Alhaji Babagana Kingibe, as well as the late Chief Gani Fawehinmi, SAN, who spearheaded the battle for the actualization of June 12 mandate, were also conferred with Grand Commander of the Order of the Niger.

The new date, although arguably tinted with political expediency, drew historical significance from June 12, 1993 when the Presidential electoral victory of Late Chief Moshood Abiola was annulled by the military government in power at the time, to the chagrin of the international community, even though the elections were considered to be the freest, fairest and most peaceful since Nigeria’s independence.

According to All Farmers Association of Nigeria’s (AFAN) Secretary in Kebbi State, Muhammad Idris, over 350 farmers, mostly rice cultivators, had abandoned their farms due to lack of security. We expect that such substantive and symbolic measures to promote democracy will partly solidify Nigeria’s democratic institutions, which appear threatened.

More so, given the commendable harmony between the Executive and Legislature, we expect that the President’s move to posthumously honour the icons of democracy by appointing a day to celebrate democracy should sober up politicians and renew their desire to preserve and strengthen democratic principles and institutions for the long term benefit of the country