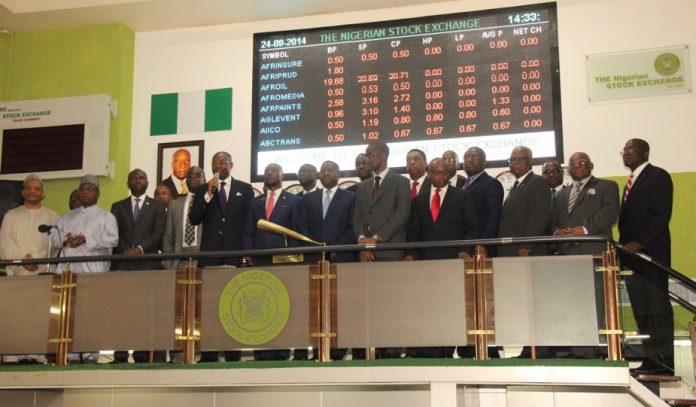 By the time ‘The Nigerian Capital Market Master Plan 2015-2025′ (“the Master Plan”) was launched by the Securities & Exchange Commission (“SEC”) in November 2015, as a 10-year road map for developing the country’s capital market into a global financial center, Nigeria had already become, by its rebased nominal GDP, the largest economy in Africa and the 26th worldwide1. In spite of this feat, the size of the Nigerian capital market is undoubtedly small compared to the overall size of the economy. This is in sharp contrast to the situations in other emerging economies with well-developed capital markets such as South Africa and Malaysia.

Earlier in 2009, a committee set up by the SEC had made 32 recommendations with the goal of evolving “a world class capital market that is efficient, transparent, innovative and attractive to investors, both local and foreign, while contributing to and facilitating the growth and development of Nigerian and African economies”2. The Master Plan, a follow-on to this, has a more definitive vision for the Nigerian capital market which is “to be Africa’s most modern, efficient and internationally competitive capital market that catalyses Nigeria’s emergence as a top 20 global economy”3.

Whilst the Master Plan has out lined three broad strategies (contained in its three parts) for building an advanced capital market that will drive economic growth through the next decade, such a market cannot be self-sustaining and requires an enabling business environment in order to emerge and grow. The aim of this article is to discuss some of the legal and regulatory reforms considered imperative for facilitating the smooth implementation of the three broad strategies, which are contained in the Master Plan.
THE THREE BROAD STRATEGIES

The three broad strategies contained respectively under Parts A, B and C of the Master Plan address the confidence-building frameworks for broadening the depth and breadth of the market by:

driving capital-raising to fund national economic priorities such as agriculture, solid minerals and infrastructure etc. and aligning the market structure, capabilities and competences to the requirements of the economy as well as improving the market’s attractiveness, competitiveness and the supportive legal and regulatory frameworks;
encouraging the inflow of capital from all the corners of the world’s financial centers, including from non-conventional Islamic sources, through the development of Sharia-compliant, non-interest capital market products and;
taking the capital market to every household in Nigeria through mass literacy campaigns about products available in the market as well as public awareness programs on how the capital market works. To enhance the mass literacy plan, involvement of students, youths and other professional and trade groups outside of the capital market has been recommended.

To facilitate the above objectives, some of the present laws governing the administration and regulation of businesses as well as the adjudication of disputes arising therefrom, need to be amended, streamlined and/or replaced completely. Here are a few prominent recommendations:
Allow crowd funding of private companies

Careful consideration should be given to the possibility of amending the

Companies and Allied Matters Act (“CAMA”)4, to increase the number of shareholders for private companies above the statutory maximum of 50, as well as re-visit, to the extent possible, the restriction placed on the transfer of their shares5.
Allow seamless transfer of interests in land

The Land Use Act (“LUA”)6 makes perfection of mortgaged-backed securities cumbersome, by making transfers of interests in land without obtaining Governor’s Consent, void7. The administrative bureaucracy around this process affects the securitisation of assets and inhibits the development of the capital market and therefore requires an overhaul8.
Make the Investments and Securities Tribunal (“IST”) a Superior Court of Record

To boost investors’ confidence, the status of the IST should be upgraded by listing it among the superior courts of record recognized in the Constitution9. Alternatively, to end the jurisdictional conflicts between the IST and the Federal High Court (“FHC”), the Constitution can be amended to make the IST a specialized division of the FHC10.
Allow more investment of Sovereign Funds in the Capital Market:

Amendments should be made to the Pension Reform Act (“PRA”), 2014 and the Regulations on Investment of Pension Assets (“RIPFA”) made thereunder, to increase the percentage of assets under management that can be invested in the capital market. New Islamic capital market products should also be developed and included in the list of “Allowable Instruments”. The same goes for the Nigeria’s Sovereign Wealth Fund11.
Demutualisation of the Nigerian Stock Exchange (“NSE”)

Data from the World Federation of Exchanges indicate that the world’s top Exchanges are demutualised. The ongoing demutualisation of the NSE should be completed in earnest, to allow for inflow of fresh and diverse capital and the thriving of new products such as Futures, Options, Securities Lending and other derivatives. The Investments and Securities Act, 2007 should be amended to accommodate the Demutualisation Legal Framework, when finalised.
National Orientation and Mass Education

We propose that the statutory functions of the National Orientation Agency (“NOA”) be amended to include periodic education of the general populace on the gains of capital market investments. The NOA can collaborate with relevant financial system regulators by leveraging on the extant Financial Literacy programme of the Central Bank of Nigeria as well as the ongoing Sensitisation Town Hall Meetings of the SEC and similar initiatives by the NSE and other capital market institutions. In a similar vein, the Federal Ministry of Education should initiate amendments into school curricula, which will introduce compulsory subjects on capital market operations at the senior secondary level while offering same at degree level in higher institutions.

1. Though recent implementation of a floating foreign exchange policy has led to a devaluation of the Naira, with reports that the nation has lost its first position as Africa’s biggest economy to both South Africa and Egypt; economic analysts have maintained that going by the Naira’s average exchange rate in the last six months, Nigeria remains Africa’s biggest economy – See: BUSINESSDAY, August 15, 2016 @ page 4.

The content of this article is intended to provide a general guide to the subject matter. Specialist advice should be sought about your specific circumstances.