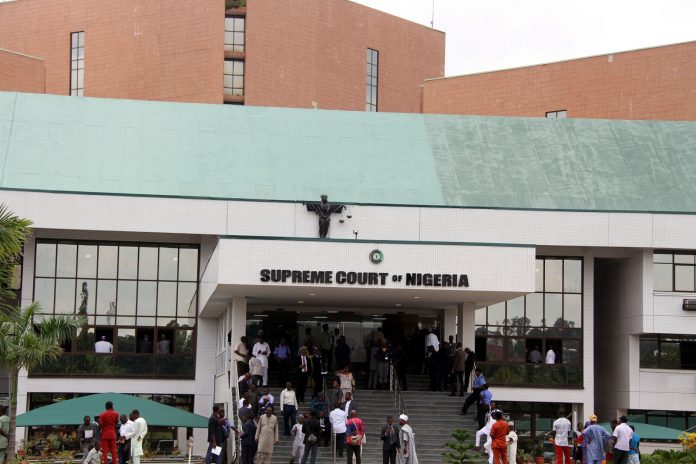 The Supreme Court on Thursday fixed May 24 to deliver judgment in two election appeals seeking to ascertain authentic candidates of the All Progressives Congress (APC), in the last general elections in Zamfara.

The Acting Chief Justice of Nigeria, Justice Tanko Muhammad, led other justices to fix the date after counsel to parties adopted their written addresses.

Mahammad held that the short date became imperative as it was mandatory to resolve the issues before May 29 in order not to create constitutional crisis in the state.

News Agency of Nigeria (NAN) reports that the APC and Malam Sanusi Dan-Alhaji had instituted the case on the primary election conducted by the party for the nomination of candidates to participate in the last general election.

Chief Lateef Fagbemi,SAN, Counsel for Dan-Alhaji, while adopting his address, prayed the apex court to restore the Feb.13 judgment of the Zamfara High Court which allowed APC to field candidates in the general election.

Fagbemi submitted that the judgment of the Court of Appeal, Sokoto Division, which disqualified APC from nominating candidate for the election on the grounds that the party did not conduct lawful primary should be set aside.

He further argued that the lower court erred in law, adding that the decision was a miscarriage of justice.

Fagbemi said the APC had shown proof the party conducted a free and fair primary to elect the candidates that contested the governorship election, the National Assembly and the House of Assembly elections respectively.

However, Chief Mike Ozekhome,SAN, Counsel for Sen. Kabiru Marafa and 142, all of the APC urged the appellate court to dismiss the appeal and affirm the judgment of the Appeal Court.

Ozekhome submitted that the judgment was a copious description of how the APC in Zamfara failed to conduct primary election in accordance with the Electoral Act, party guideline and the 1999 Constitution.

He said the process failed both legal and integrity tests, adding that the exercise was not conducted to produce candidates for the last general election as his clients were fenced out.

He further explained that the electoral body did not supervised any primary conducted by the party as mandated by law.

Inuwa argued that the Court of Appeal in Sokoto was right to have stopped the APC from fielding candidates in the 2019 general election in Zamfara.

Inuwa therefore, urged the appellate court to dismiss the appeal for lacking in merit. 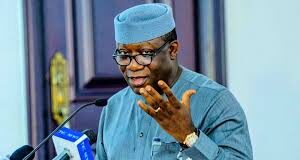