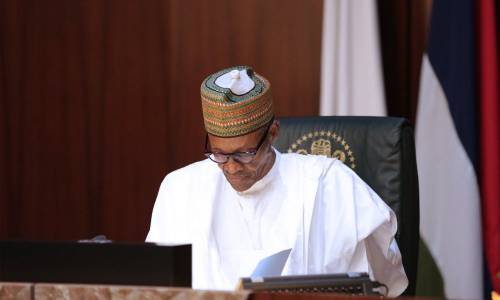 In the just concluded week, the Federal Government of Nigeria moved to restore the financial autonomy of all local governments across the country as new guidelines from the Nigerian Financial Intelligence Unit (NFIU) would prevent State Governors from further disbursement of the local councils’ statutory allocated funds.

Also, it limited each local government’s cumulated cash withdrawal to N500,000 per day while other transactions for the day were mandated to be done either through valid cheques or electronic fund transfers.

The anti-graft agency stated that the new guidelines became mandatory due to the threats by other international financial systems’ operators to isolate the Nigerian financial system amid cash withdrawals and transactions on the State and Joint Local Government Accounts which are often subject to corruption, money laundering and pose security threats to the oil-rich country’s financial system.

In another development, the wave of insecurity in the country further rose in the course of the week as Boko Haram insurgents reportedly attacked a military base at Molai community in Maiduguri on Tuesday, May 7, 2019, displacing its formation and some villagers around the area. Also, herdsmen attacked three communities (Murbai, Kisbap and Yawai-Abare) in Taraba State, killing six people.

In Sokoto State, gunmen reportedly stormed Balle community, killed its traditional ruler, Aliyu Ibrahim, and also razed the police station in the community. Meanwhile, the Inspector General of Police (IGP), Mohammed Adamu, revealed that inadequate equipment, manpower and shortage of funds have limited the force’s efforts in combating the menace.

Nevertheless, in a quest to curb the spreading criminality across the country and strengthen the police force internal architecture, the Federal Government inaugurated an Inter-Agency Committee to develop a framework for Community Policing. We commend the move by the Federal Government in restoring financial autonomy to the local government as this would strengthen and enhance the development of local administration.

More so, as Chairmen of local governments are empowered to take on more projects rather than just payment of salaries, it would create an environment for effective and efficient activities at the local level which we feel could contribute immensely in addressing the issue of insecurity.

Also, the need for state policing cannot be overemphasized at this point in time as the worsened insecurity remained a concern to all and sundry.

Thus, a need for the two arms of government (Executive and Legislature) to hastily do the needful – passing and assenting the necessary Bills for effective implementation of state police – in order to curb the incessant insecurity.