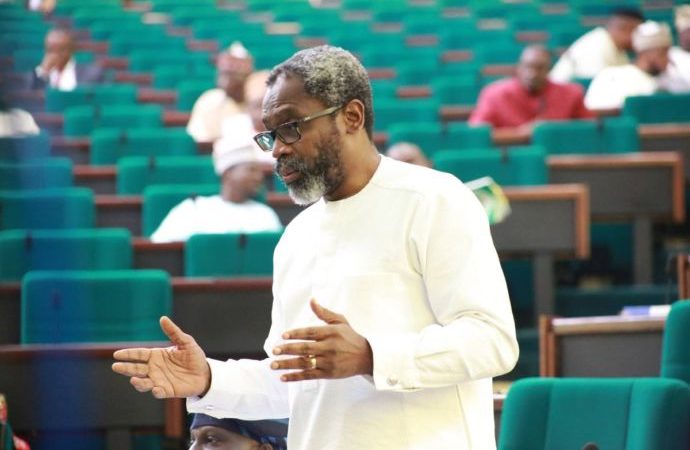 THREE governors and two governors-elect from the Southwest geo-political zone on Tuesday night presented a united front for the emergence of the House Leader, Femi Gbajabiamila, as the next House of Representatives Speaker .

At a meeting held at the Abuja residence of Ekiti State Governor Kayode Fayemi, more than 90 per cent of the members-elect from the region, cutting across all political parties, met with the governors and governors-elect.

Lagos and Ogun states’ Governors-elect, Babajide Olusola Sanwo-Olu and Dapo Abiodun, were also at the meeting that held for over two hours.

A member-elect at the session said: “One of the highlights of our session in Ekiti Governor’s Lodge in Abuja was the persuasion of a three-term member of the House, Olusegun Dokun Odebunmi, representing Ogo-Oluwa/ Surulere Federal Constituency to step down for Gbajabiamila.

“Winning over Odebunmi, a heavyweight, who the People’s Democratic Party (PDP) could have used in the Southwest against Gbajabiamila, was an added value to our campaign for the office of Speaker.”

According to another source, who was also at the gathering, the governors made it clear that “Gbajabiamila is a project for the region”.

“Governor Fayemi did not mince words in telling the members-elect that Gbajabiamila’s candidacy is not for himself, but for the Southwest.

“He told them that it was a national project that must be accomplished with a sincerity of purpose that would portray the All Progressives Congress (APC) as a strong and cohesive party with totally loyal members,” the source said.

A lawmaker, Yemi Adaramodu (Ekiti), told The Nation that the meeting was designed to convince members of the House” and also change the course of the contest in favour of the party’s choice.

Gbajabiamila’s Campaign Coordinator for Southwest Akeem Adeyemi said Odebunmi has finally aligned himself with the APC position on the issue.

Adeyemi said the support for Gbajabiamila cuts across the party’s six zones, considering the declaration of support from different state governors and other stakeholders.

He said: “As you can see, the presence of the governors and governors-elect from the region at this forum speaks volume.

“Their involvement is all about rallying us that Gbajabiamila’s candidacy is not only on merit, but the wisest political choice. On Honourable Odebunmi, I can tell you that he has finally aligned himself with the party’s position. He is on the same page with us as confirmed by himself tonight.”

Odebunmi, who was also present at the meeting and seen taking pictures with others at end of the meeting, left immediately.

When called by The Nation on his mobile phone for his comments over the new development, he said he would not speak to a reporter he does not know.

“I don’t know you, I have never met you. I don’t know if you even cover the House of Representatives,” he said.

Another member of the lobbying team for Gbajabiamila said: “So far, so good, we are in good standing because our strength this time around is stable and predictable.

“We are meeting with new members-elect, across all parties, on Thursday (today) to seek their support. The thrust of our campaign is fairness, equity, justice and leadership in a partnership form.

“There will be no discrimination in any form against members of the 9th House. We will involve everybody in the decision-making process.”

The source added: “In fact, Gbajabiamila on Wednesday met with members of the outgoing 8th House that lost election to get their backing and send a clear message that he will need their experience when elected.”