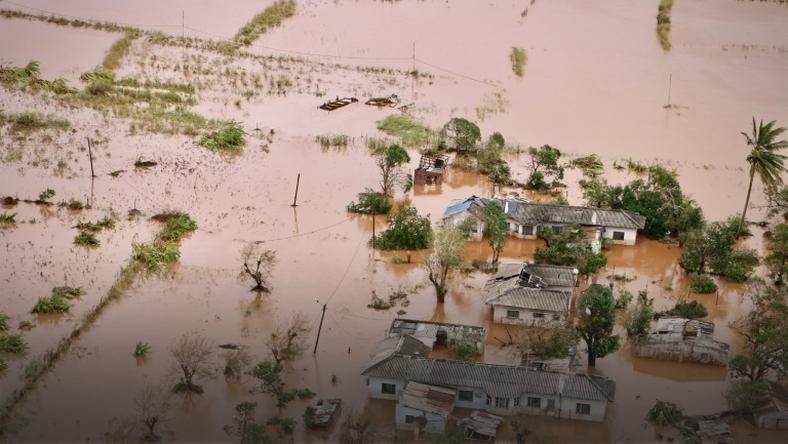 What impact did the cyclones have?

“They have had a very big impact, obviously.” Though the first storm was much bigger than the second, “that didn’t make the second one any better,” said Holm, who has almost four decades of experience in Mozambique with ADPP.

“It sets back Mozambique, already a country which is very poor and with many different problems, so this has just been disastrous.”

What needs to be done?

“The big need is for those with some means and some funding to go in and rehabilitate all the infrastructure that was destroyed. Because so many people also lost their homes and livelihoods, (but) it’s not only a question of infrastructure,” said Holm.

“It’s also about giving input to the people — a lot of it will be agricultural inputs because a great number of the population are working in agriculture. That part really needs a lot of emphasis so they can get tools and seeds.”

What does the future hold?

“In the future, this (kind of weather) is going to increase. I don’t think anybody is in any doubt about that,” said Holm.

“The fact that the two cyclones came within six weeks, it’s never happened — ever. And the size of these cyclones and the fact they were so big because of the very high temperatures in the sea, that is not going to be different in the future. It’s going to be worse.

“We need to look into how buildings can be reinforced and built to be more resilient. How small-scale farmers can learn to use new techniques, whether it’s (to mitigate) droughts or floods.

For several years in Mozambique, “we’ve had drought in the south, and people are suffering from that. Then we have floods in the centre and the north. So all these things have to be thought of in a different way from before.

“There has been years and years of work about mitigating climate change — but it just has to be even more than before… so the population can be prepared for these situations in the future.”

Will the cyclone ‘spotlight’ help Mozambique?

“It always helps, but you do fear it’s just there in the short period of the emergency and then it goes away again,” Holm told AFP.

“What I hope, and what I hear from some organisations who have come to the country but never had a presence here before, is that some are thinking about continuing and doing longer-term (projects).

“The government is saying this will take at least five years to rehabilitate and get back to where we were — and where we were was not that high a level. So it’s really needed and I hope that the organisations and institutions that have these means will start looking at giving Mozambique the help they need. And not only loans — we don’t need more loans.”