By Janet Ogunkoya of ARM Research

In our stock update released in March (See Report: Competition caps earnings growth), we had guided that the increased competition in the cement space with onboarding of additional capacity of 1.5 million tons by CCNN in the North West and 3 million tons by BUA Group in Obu Edo State will limit volume upside in Nigeria over 2019, with price play being the new game for volume accretion. For the Rest of Africa, we mentioned that the graduated competition in Cameroun (with the entrance of a new competitor), South Africa and capacity max-out in Senegal suggests slower volume growth over our forecast period.

Dangote Cement Plc (Dangcem) Q1 2019 result released over the weekend validated our postulations, with the group revenue declining 0.8% YoY to N240 billion (in line with our forecast of N238 billion), largely emanating from Nigeria. Meanwhile, surprises in the opex and finance income lines pushed PBT (-27.2% YoY) much lower than we expected to N78.9 billion. However, the high base of effective tax rate in the prior year, resulted in much softer decline for EPS – printed at N3.54 (-16.5% YoY) from N4.23 in Q1 18.

As mentioned above, the group revenue slipped marginally in Q1 19 following price erosion by 3% YoY (or N1,165 per ton) as competition more than offset gains from improved cementitious consumption. In Nigeria, Dangcem grew volume by less than 1% YoY, which is expected, however, alarming when compared with the hefty volumes sold by CCNN over the same period. Coupled with the decline in price by 2.9% YoY (CCNN: -2% YoY), Nigeria revenue came in lower by 2.3% YoY. This resulted in a decline in Dangcem’s market share to ~64% from 66% in Q1 18 and 65% as at FY 18.

Contrary to the decline in revenue, COGS was up 2.2% YoY to N99 billion in the quarter due to lower cost absorption and increase in staff costs. This led to a 121bps YoY contraction in gross margin to 58.6%. Going by breakdown, manufacturing cost in Nigeria was 5% higher YoY, while it remained flat in the Rest of Africa despite the higher volumes. As a result, Nigeria gross margin contracted 211 bps to 71%, while it expanded 178bps to 29% in the Rest of Africa.

Operating cost rose by 28% YoY, weighed mostly by a sharp jump in distribution expenses (+34% YoY). In a bid to push volumes, there was an increase in truck fleets, which coupled with the relatively higher diesel prices (+7.9% YoY) translated to higher haulage costs. However, volumes growth failed to match the increase in costs, thus pushing the S&D per ton higher to N6,250 from N4,760 in Q1 18. Admin expense grew at a softer pace of 12% to N13.2 billion, with cost to income ratio rising 49 bps YoY to 22%.

DANGCEM trades at a P/E and EV/EBITDA of 8.43x and 6.26x compared to Bloomberg Middle and East Africa Peers at 9.9x and 11.0x respectively. Our last communicated FV of N248. translates to a BUY rating on the stock. Our model is under review.

The post ‘Initial View – Dangote Cement Plc – Mounting competition, margin erosion, declining earnings was authored by and first appeared in ARM Research Report on Monday, 29 April 2019. Coverage Analyst is Janet Ogunkoya and she can be contacted via Janet.ogunkoya@arm.com.n 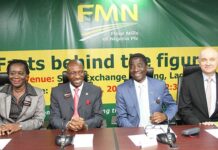 Flour Mills of Nigeria Plc – On Course for a Solid Year? 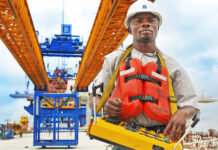 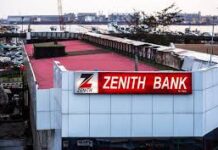