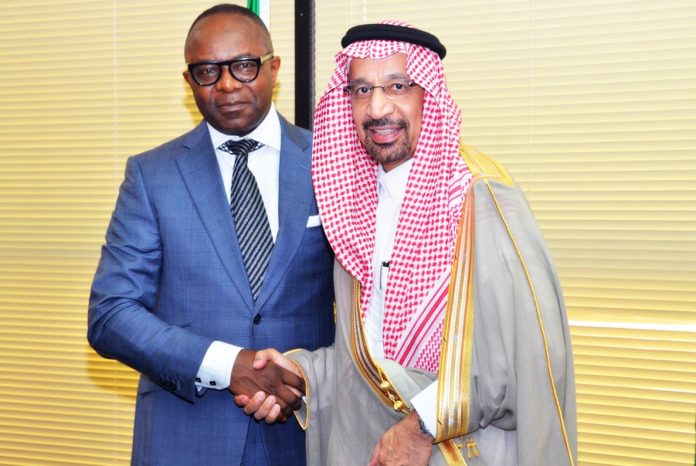 LAGOS, April 24 – Nigerian Oil Minister Emmanuel Kachikwu and the president of Saudi Aramco have discussed investment options in the mid and downstream sector, Nigeria’s petroleum ministry said on Wednesday in a tweet.

Aramco is expanding downstream operations such as refining and petrochemicals production as part of its drive to become the world’s largest integrated energy firm.

Nigeria imports the bulk of its petrol, despite being Africa’s biggest crude oil producer, due to its dilapidated refineries.

Last month, Nigeria’s state oil company said it was in talks with different consortiums to revamp its refineries and save billions of dollars on fuel imports.

Kachikwu is on an official visit to Saudi Arabia.

Nigeria’s petroleum ministry, on its Twitter feed, said Kachikwu and Aramco officials including its president discussed “areas of shared investment interests and existing viable investment options in the midstream and downstream sector”.

In another tweet, it said Kachikwu held talks with Saudi Arabia’s energy minister to “cement the budding interest to support Nigeria’s infrastructure development in the oil sector”.

The talks are the latest between Nigerian and Saudi officials. In February, Nigeria’s president said his country – a member of the Organization of the Petroleum Exporting Countries – was willing to reduce oil output to help secure higher prices after an envoy from Saudi Arabia called for better adherence to a deal on production cuts

We will support you, Baru tells Petrolex