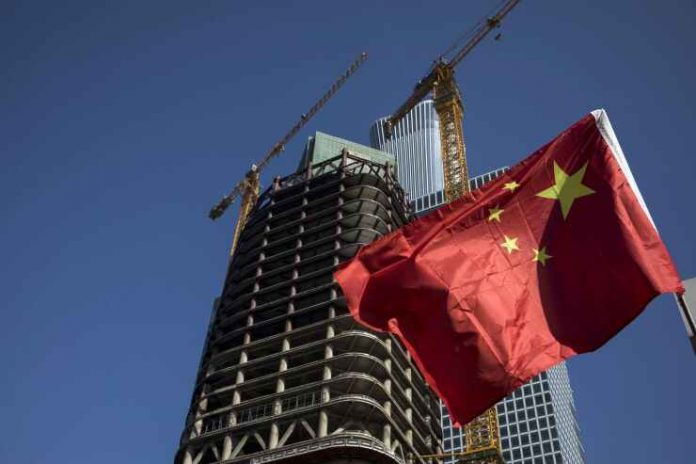 Citi, Barclays and ING are raising their 2019 forecasts for China’s economic growth after it came in at a higher-than-expected 6.4 percent for the first quarter, but others remain cautious.
China has been implementing stimulus measures into the the world’s second-largest economy to try and bolster growth dented by the trade war with the United States.
“Nothing is rosy,” said Taimur Baig, Singapore-based DBS Group Research chief economist. “China is on a structural slowdown path.”

China’s better-than-expected first quarter economic growth has spurred some investment banks to raise their growth forecasts for this year.

Economists at Barclays, ING and Citi have raised their China growth outlook for 2019 on Wednesday, though others may be holding off for now.

The Chinese government announced Wednesday that gross domestic product expanded by 6.4 percent year-on-year in the first three months of 2019. That was higher than the 6.3 percent predicted by analysts in a Reuters’ poll.

By comparison, China’s economy grew by 6.4 percent year-on-year in the fourth quarter of last year, and 6.8 percent in the first quarter of 2018.

The first-quarter figure came as investors watched closely to see if months of government efforts to stimulate the world’s second-largest economy — hit by the trade war with the United States — were succeeding in putting a floor on slowing growth.

The general consensus was that it had, though opinions differed on whether the result was enough to justify altering forecasts.
Upgrade: Citi, Barclays and ING

Economists at Barclays raised their expectation for GDP expansion for this year to 6.5 percent from the previous 6.2 percent, citing the surprise first-quarter growth result.

In a note Wednesday, they said the figure was boosted by “greater impact” from government stimulus measures as well as factors including signs of improving housing and property markets and a better export outlook.

Citi also raised its annual GDP forecast to 6.6 percent from 6.2 percent on Wednesday, citing a more optimistic outlook for a U.S.-China trade deal and stronger domestic demand in China.

“Our new baseline scenario is that a framework trade deal between the U.S. and China will be reached in (the second quarter) and it will lift most, if not all, existing punitive tariffs,” economists at the U.S. bank wrote.

Iris Pang, ING’s Greater China economist, said in a note Wednesday, “We think the trend could continue for the rest of the year.”

China is officially targeting growth of between 6.0 percent to 6.5 percent this year. And while its quarterly GDP data is widely watched as the key barometer for the state of the economy, experts have long questioned its accuracy.

Some analysts are looking at alternative indicators for evidence of the state of growth.

Other analysts saw positives in the first-quarter numbers but were more cautious in their outlook.

J.P. Morgan economists said they expect “solid growth momentum” in the second and third quarters as stimulus continues to bolster the economy. But they added that the impact will eventually weaken by the end of the year. They kept their overall forecast for this year at 6.4 percent.

Standard Chartered also kept its full-year prediction at 6.4 percent, cautioning against “risks of being over-optimistic about China’s growth outlook.”

“Nothing is rosy,” he said Thursday on CNBC’s “Squawk Box,” adding that “China is on a structural slowdown path. But stable growth and perhaps a little bit of upside, I think, is real, not just a one-off.”

Economists at Spanish banking group BBVA, meanwhile, said that “hard landing” concerns for China’s economy have faded and acknowledged a “certain upside risk” to their full-year forecast of 6.0 percent growth.

“However, we reckon that the fundamentals of China’s economy are not as solid as the headline figures showed,” they said in a report Wednesday.

BBVA economist said the trade war still has room to negatively impact data, adding that the economy is still dependent on stimulus. “It is unlikely to see a quick rebounding of growth in th

A spike in food prices may not cause a recession, but...