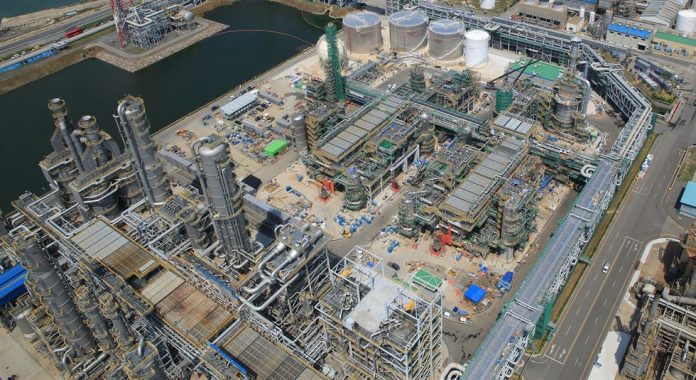 Seoul — The biggest shareholder in South Korean oil refiner Hyundai Oilbank said on Monday that state-owned Saudi Aramco had agreed to buy a 17% stake in its oil processing operations for 1.4-trillion won ($1.24bn).

Hyundai Heavy Industries Holdings said in a regulatory filing that it had signed a sales agreement with Saudi Aramco that included an option for Aramco to buy an additional 2.9% stake in Hyundai Oilbank.

In late January, Hyundai Heavy said Aramco planned to invest up to $1.6bn for as much as 19.9% of the South Korean refiner to expand its foothold in the country.

Aramco bought the stake in the unlisted refiner for 33,000 won per share, which is slightly lower than its initially planned price, reflecting market conditions, said an official at Hyundai Heavy who provided no further details.

Hyundai Heavy has said it plans to “reconsider” listing its refinery arm after completing the stake sale.

The Hyundai Heavy official said the company would take its time in deciding whether to go ahead with its refining arm’s public listing, without setting a timeframe.

Hyundai Oilbank, South Korea’s smallest refiner by capacity, has a total of 650,000 barrels per day of refining capacity in the southwestern city of Daesan and aims to expand its petrochemical business.

Oil majors, others to sell assets worth $27.5 bn