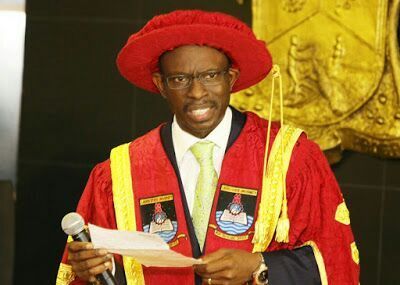 The management of Lagos State University (LASU) diverted N198 million it illegally withdrew from the contributory pension of the institution’s employees to purchase 12 luxury vehicles for members of its top echelon, a PREMIUM TIMES investigation has revealed.

The management also used an additional N83.37 million from the same fund to buy four buses, documents obtained by this newspaper revealed.

The N281 million was part of N474 million withdrawn in October 2018 purportedly to finance the National University Commission’s (NUC) accreditation of some academic programmes in the university. Nigeria’s pension legislation prohibits such withdrawal.

The management of LASU collects pension contributions of staff members and remits them to Pension Fund Administrators (PFAs). However, a good percentage of the university’s employees are not registered with any PFA.

PREMIUM TIMES learnt that those without PFAs wanted their pension funds to be administered by the Nigerian University Pension Management Company (NUPEMCO), which was only licensed National Pension Commission PENCOM in February after a nationwide strike by university lecturers, ASUU.

For those employees awaiting the registration of NUPEMCO, the university kept their pension contributions in an escrow account, a practice that PENCOM said negates pension regulation.

“There is a regulation that when employees do not open a retirement savings account, the organisation has the liberty to approach a pension fund administrator and transfer those funds there. Those funds will be kept in what we called a Transitional Contributory Fund Account pending when they open a retirement savings account,” Peter Aghahowa, spokesperson for PENCOM, revealed

“From the little I have heard, quite clearly, the university didn’t follow the regulations through. The things they ought to have done, some of them they didn’t do,” he added.

Section 60, subsection 2 and 3 of the Pension Reform Act, 2014 buttresses the explanation of Mr Aghahowa.

“All companies and institutions already engaged in the management of pension funds who are not licensed by the commission shall, at the commencement of this Act, compute and credit all contributions to Retirement Savings Account opened by them for each contributor including distributable income,” it says.

“All companies and institutions referred to in subsection (2) of this section shall transfer all pension funds and assets held by them to Pension Fund Administrators and Pension Fund Custodians as may be determined by the Commission.”

Also, Section 70 subsection 2 of the Pension Reform Act 2014 forbids a custodian of workers’ pension – LASU management in this case – from using the pension to meet its own obligations.

“The Pension Fund Custodian shall not utilise any pension fund or assets in its custody to meet its own financial obligations to any person whatsoever,” the section of the act stated.

But the withdrawal in October 2018 was not the first time LASU’s management would unlawfully withdraw money from its staff’s pension savings.

In March 2018, the university management withdrew N215 million from the pension escrow account to fund the accreditation of 17 academic programmes.
pro-chancellor and chairman of the Governing Council, Adebayo Ninalowo

An internal memorandum of the university’s governing council ratifying an executive order of the university’s pro-chancellor and chairman of the Governing Council, Adebayo Ninalowo, said that the Lagos State Government had approved N215 million for the accreditation, but was yet to release the fund; therefore, the university had to borrow from the staff’s pension account.

“In view of the pending accreditation exercise and the time constraint, the university sought and obtained the executive approval of the Pro-Chancellor and Chairman of the Governing Council for temporary borrowing of the sum of two hundred and fifteen million naira [N215,000,000.00] from the university’s pension/escrow investment in order to cover the expenses of the forthcoming accreditation exercise which would be paid back from the approved grant from the Lagos State Government, when paid to the university,” the internal memo stated.

However, a June 21, 2018 bulletin of the university’s branch of Academic Staff Union of Universities (ASUU) claimed that only N148 million was actually disbursed for the said accreditation exercises.

The bulletin, which gave a breakdown of the amount spent on the exercise for each of the 17 programmes and other related financial obligations, frowned at how the money was disbursed.

It claimed that top academic staff of the affected programmes were blindsided from the exercise.

“It is noteworthy that principal officers and senior non-academic staff members were mostly the ones who oversaw the supervision and disbursement of accreditation funds for various academic programmes in these faculties,” the bulletin, which was co-signed by Tony Dansu, the secretary of the union and his assistant, Adeolu Oyekan, alleged.

For instance, the union claimed the immediate past registrar of the university was placed in charge of the accreditation of academic programmes in the Faculty of Education with a budget of N23.5 million.

According to the October 5 memo, the state government had promised to release funds for the accreditation, but the money had not come and the university was unsure when it would arrive. The university said it, therefore, took alternative steps so as not to miss out of “securing full accreditation for the affected programmes”.

In doing so, it promised that the fund would be returned with interest as soon as it received the fund for the exercise promised by the state government.

PREMIUM TIMES could not confirm if the funds withdrawn from the staff pension account on both occasions had been returned as promised by the university’s management.

When asked if indeed the government assured the university that it was going to provide the fund for both exercises, Obafela Bank-Olemoh, the special adviser on education to the governor of Lagos State, Akinwunmi Ambode, declined to comment.

“I am not going to respond to that. I don’t work in LASU,” he said.

“My brother write your story. I am not going to respond to anything. You are writing a story about LASU, reach out to LASU and let them respond to you,” said Mr Bank-Olemoh, who is in charge of tertiary education in the state.
Beyond Approval Limits

But sources within the university, who asked not to be named for fear of being victimised told PREMIUM TIMES that apart from the illegality of tampering with staff’s pension fund, the amount Mr Ninalowo, the pro-chancellor, approved for withdrawal was way above his approval limit. 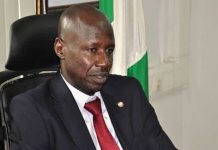 Nigeria, UAE agreement on stolen assets takes off next month