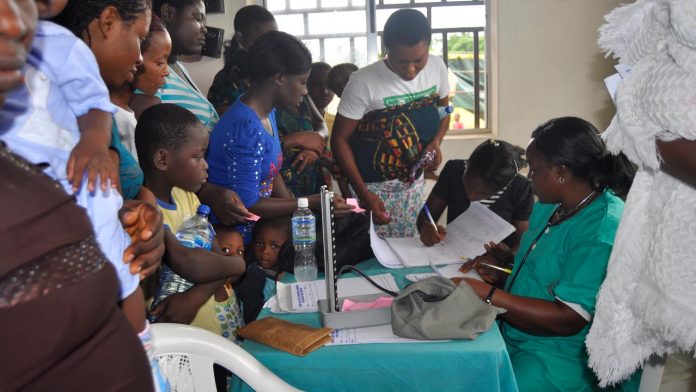 Despite efforts by federal and state governments to ensure that Nigerians embrace health insurance scheme, only nine percent of the country’s population have subscribed to the scheme, a survey has shown.

As many as 89 per cent of Nigerians pay for their health care services out-of – pockets, a situation which is against the purpose of the National Health Insurance Scheme(NHIS), which primarily targets securing universal health coverage and access to adequate and affordable health care, in order to improve the health status of Nigerians.

This was disclosed in a survey by the NOIPolls, an opinion research developer.

The report stated that a substantial proportion of Nigerians (78 per cent) who were not under any insurance policy expressed willingness to pay a small amount of money monthly/yearly to get enrolled for health coverage.

According to the report, on payment of their healthcare services, 82 per cent of Nigerians said they pay, “out of their pocket,” and this cuts across gender, geo-political zones and age groups.

“Further analysis indicated that a total of 89 per cent actually pay out of pocket, since seven per cent of respondents said they received support from friends and family, which can also be categorised as out of pocket expenses.

“This was followed in a far distance by only nine per cent of the respondents who claimed that they access health care services using their health insurance scheme.

“This finding clearly highlights the low penetration of health insurance amongst the populace, which urgently needs to be bridged in order to achieve universal health coverage.

“Subsequently, poll also ascertained the willingness of Nigerians who pay out of pocket to pay a small amount of money monthly or yearly (premium) in order to access healthcare services when they need it, especially in time of emergency.

“In response, 78 per cent of the respondents expressed their willingness to pay a small amount to get enrolled into the health insurance scheme.

“Interestingly, during the course of the poll, some respondents made on the spot inquiries on how to enrol on a health insurance scheme. These findings clearly demonstrate the critical need for sensitisation and awareness campaigns to mobilise the citizenry on the need and benefits of health insurance,” the report stated.

The report noted that it was gratifying that at least 10 states have signed health insurance laws to help in achieving equitable and sustainable health financing mechanism.

Finally, it noted that while it was critical for governments to re-evaluate budgetary allocation to the health sector; it is also stressed that it was important for stakeholders to consider more sustainable ways to finance the sector through health insurance, and to mobilise the public to increase the pool of funds available for investment into the sector.