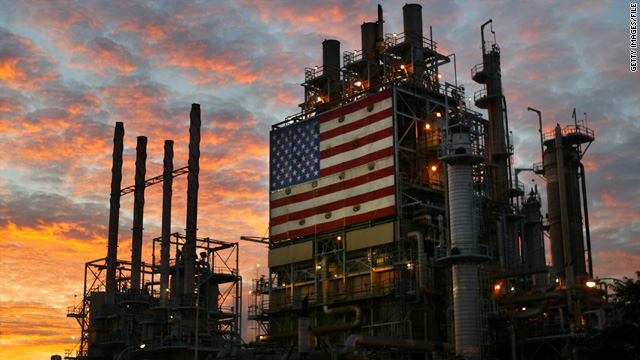 Brent crude nosed above $70 for the first time since November but couldn’t hold the gains, as signs of tightening global supplies were countered by an uncertain economic outlook.

The international benchmark lost altitude in the closing minutes of Thursday’s trading, finishing just 0.1 percent higher after earlier reaching $70.03. A forecast of declining OPEC exports from researcher Oil Movements had pushed prices up, along with escalating tensions in Libya. President Donald Trump was also due to discuss trade with China’s vice-premier but it was unclear if the results would meet investors’ expectations.
U.S. oil output is at a record high, stockpiles expanded most since January last week

Trump also faces a key decision later this month on whether to tighten sanctions on Iran’s 1.3 million barrels a day of exports.

“The fundamental picture is quite positive in terms of tightening global supplies,” said Will Rhind, chief executive officer at GraniteShares, a commodity-focused exchange traded with about $500 million in assets. “We’ve had a rally in the equity market and across the major commodities, and oil is one of the poster children for risk-on investors.”

Brent has climbed 30 percent this year amid a growing consensus that the Organization of the Petroleum Exporting Countries and its allies will extend output cuts into the second half of 2019. Unplanned losses from Iran and Venezuela are also increasingly restricting the market. Still, Brent had stalled just below $70 this week as clouds linger over the global economy and a new flood of shale oil pours in from the U.S.

Brent for June settlement closed up 9 cents at $69.40 a barrel on the London-based ICE Futures Europe exchange. The global benchmark crude was at a premium of $7.21 to West Texas Intermediate.

WTI for May delivery lost 36 cents to settle at $62.10 a barrel on the New York Mercantile Exchange.

Prices are “in a holding pattern,” awaiting answers on key questions like the Iran sanctions, said Ellen Wald, president of Transversal Consulting, an energy and geopolitics consultancy in Jacksonville, Florida. “I think some people have an expectation that they will be cut to zero.”

Higher oil prices are “only going to exacerbate tough conditions” in those regions, Kilduff said. Absent shortages in Libya or elsewhere, “you have to believe we are near the upper end of things.”
Other oil-market news