Naspers is planning another major exit from the Nigerian internet business circle. According to a few reports, the South African company is on the verge of pulling out of Bounce News Nigeria, the hugely popular news aggregator. The move could collapse all Bounce News operations in Nigeria.

The news comes as a huge shock as Bounce News has recorded impressive growth since it debuted.

Launched in 2017, Bounce News sees itself as a “personal news service”. Simply put the platform gathers news stories from some of the finest sources across the web and aggregates them for easy reading. The platform claimed to use a recommendation algorithm to predict contents users would find interesting. That last part had always been the unique value proposition of the news app.

The app gained traction quickly thanks to huge marketing and promotional spending. Within seven months of its launch, its app was already the most downloaded app on the app store for Nigeria. By March 2019, the company claimed it had 2 million Android and iPhone users.

Bounce recorded this growth on the back of tight competition with Google News, Flipboard and other Nigerian news apps.

However it’s not clear why Naspers is plotting an exit presently. In fact there has been no official announcement on this.

One report claims workers have already been notified of the move and will be paid off soon.

The Guardian meanwhile reports that Naspers has offered ownership of Bounce News to the app’s employees. But it wasn’t clear if payment would have to be made in return. Naspers has also reportedly paid a year’s rent for Bounce’s current office space.

Meanwhile, this is only one of Naspers recent exit from a company operating in Nigeria. Over the last two years, the South African conglomerate has collapsed Nigerian operations of companies like OLX and Careers24. It recently divested from MultiChoice, which has Nigeria as its largest market. Naspers also exited Konga, recording a huge loss in the process.

These moves underscore the company’s increasing impatience with underwhelming businesses.

We sent out an email to Bounce News to confirm the reports, but they were yet to respond at the time of reporting. 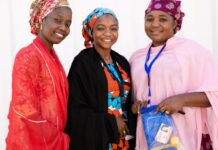 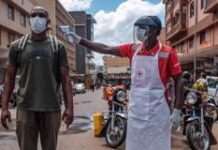 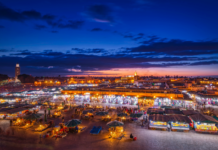