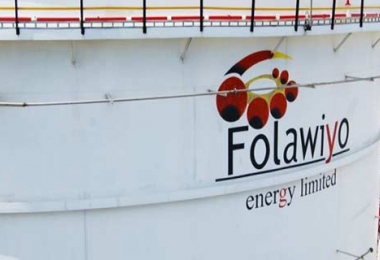 Lagos — Folawiyo’s operated Aje Field in Oil Mining Lease, OML 113 offshore Nigeria, and his partners are currently finding it difficult to pull through the running and development of the project, our correspondent has learned.

The field is operated by Yinka Folawiyo Petroleum. Other members in the Aje Joint Venture are New Age, Energy Equity Resources, Mx Oil, and Panoro.

Sources close to the matter told this newspaper, that the challenge between the partners which started as far back as 2016, is yet to be fully resolved, leading to other proposed projects such as the development of the gas reservoir to be put on hold.

People familiar with the matter revealed that the gas project will cost nothing less than $250 million but has been put on hold as partners now plunge revenue realised into running the oil field. The partners had anticipated drilling three or four wells to produce over 500 billion cubic feet of gas, 22 million barrels of condensate and 40 million barrels of liquefied petroleum gas.

The Aje field itself was planned to produce 10,000 barrels per day of crude for at least the first three years however, we learned has been churning out just 3,150b/d, making it difficult to realise measurable gains.

As a result of underperformances, the “partners are more concerned with keeping the running cost flowing. The field is not making a profit as expected,” one of our sources said.

Reports emerged in February, that the partners are reprocessing three-dimensional seismic data in search of new interpretation for development of two new wells, 6 and 7 – technical work are still ongoing on the field.

Professional services firm of consultants and service providers, headquartered in Abingdon, U.K, RPS Group, was appointed in late October 2018 to conduct an assessment of the potential development activity associated with the additional field.

RPS is expected to finish its work in Q1 2019 and will form the basis for a decision on further drilling of phase two.

In preparation for the anticipated potentials of the two new fields, SweetcrudeReports learned that the partners have since begun steps to procure debt funding for Phase 2 and other potential future stages and that discussions will continue into the first quarter of this year before final decisions will be taken.

The partnership completed the ninth lifting from the Aje field in late November 2018 off-taking approximately 315,000 barrels of oil. The tenth lifting occurred in late February this year.

The JV partners encountered first oil of about 7,000 barrels per day on May 3, 2016. Oil produced from the field is stored on the Front Puffin FPSO which has a production capacity of 40,000 barrels of oil per day and storage capacity of 750,000 barrels.

The Aje partners, last year, paid the sum of $9.8 million for another 20 years renewal.