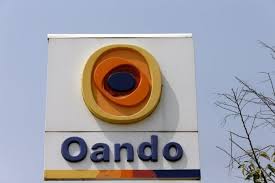 Oando PLC (referred to as “Oando” or the “Group”), Nigeria’s leading indigenous energy group listed on both the Nigerian and Johannesburg Stock Exchange, has announced its audited results for the twelve months period ended December 31, 2018.

Revenue for the period was N679.5 billion, an increase of 37% compared to the same period in 2017 (N497.4 billion). This was primarily driven by an increase in commodity prices and higher oil production.

Commenting on the results Wale Tinubu, Group Chief Executive, Oando PLC said: “Our 2018 results demonstrate the solid foundation we have built across volatile commodity price cycles, and our ability to deliver profitability despite a challenging local operating environment. Over the last few years, we have developed a reliable platform for future growth through the execution of a corporate strategy designed to streamline our operations, reduce our debt and optimize our asset portfolio. Our asset base is delivering strong free cash flows as evidenced by a 70% reduction in our Upstream Borrowings since the closure of our landmark acquisition of ConocoPhillips’s Nigerian asset in 2014. We remain confident in our ability to deliver significant value to shareholders in the years ahead as well as resuming our dividend payments”.

Gross Profit for the period was N96.3 billion, an increase of 9% compared to the same period in 2017 (N88.1 billion). The increase is primarily driven by higher revenue as a result of higher commodity prices and higher oil production.

Profit-After-Tax for the period was N28.8 billion, an increase of 46% compared to the same period in 2017 (N19.8 billion). This was primarily driven by higher revenue as well as income tax credits.

Brent averaged $62 per barrel in the first quarter of 2019, with room for a further upside supported by OPEC’s 1.2 million b/d cut. Our upstream business will continue to pursue production growth initiatives through strategic alliances, whilst ensuring operational efficiency and fiscal prudence.

Our Trading business will continue to solidify its position in Nigeria and carry out growth initiatives, whilst exploring opportunities for expansion across Africa.

The Group as a whole remains focused on driving profitability via growth in our upstream business and achieving further reduction of borrowings to ensure value accretion to shareholders.

Working interest 2P Reserves, as assessed by an independent reserves evaluator, stood at 479.8mmboe as at December 31, 2018, compared to 470.7mmboe in the comparative prior year period. This represents an increase in overall 2P reserves of 2% year on year in line with the Group’s reserve replacement ratio.

In 2018, Oando Trading traded over 14 million barrels of crude oil under various contracts with the Nigerian National Petroleum Corporation (NNPC) as well as delivering 739,876 MT of refined products, acting as a key source of liquidity to the Oando Group. 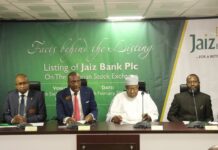 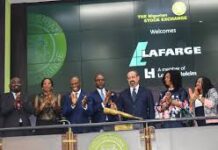 First Bank seeks to redeem $450 million notes ahead of maturity...