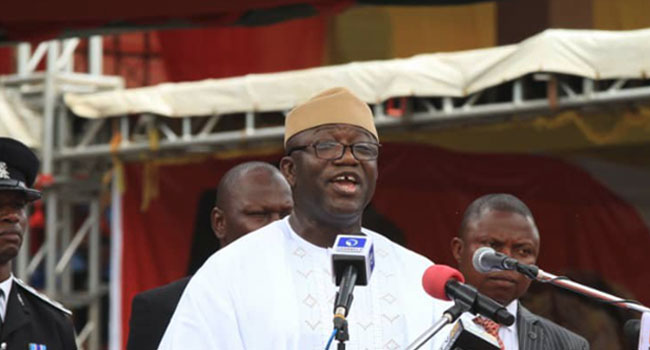 THE Court of Appeal in Abuja has upheld the victory of Ekiti State Governor Kayode Fayemi of the All Progressives Congress (APC) in the last governorship election.

A three-man panel of the court, in a unanimous judgment yesterday evening, dismissed the appeal by the People’s Democratic Party (PDP) and its candidate in the election, Kolapo Olusola, for lacking in merit.

The court upheld the January 28, 2019 judgment of the Ekiti State Elections Tribunal, which sat in Abuja owing to problem of insecurity in Ekiti State.

The tribunal had, in its judgment, upheld Fayemi’s victory and dismissed the petition by PDP and Olusola on the grounds that they failed to prove their allegations, among which was that the election was marred by irregularities.

Justice Adah, at the commencement of proceedings, at about 7.05pm, noted that the day was fast spent and elected to read a summary of the lead judgment.

After announcing that the seven issues were resolved against the appellants, Justice Adah proceeded to uphold the earlier judgment of the tribunal.

He subsequently dismissed the appeal for lacking in merit.

Other members of the panel, Justices Tinuade Akomolafe Wilson and Emmanuel Agim, agreed with the lead judgment.

The proceedings lasted less than 30 minutes.