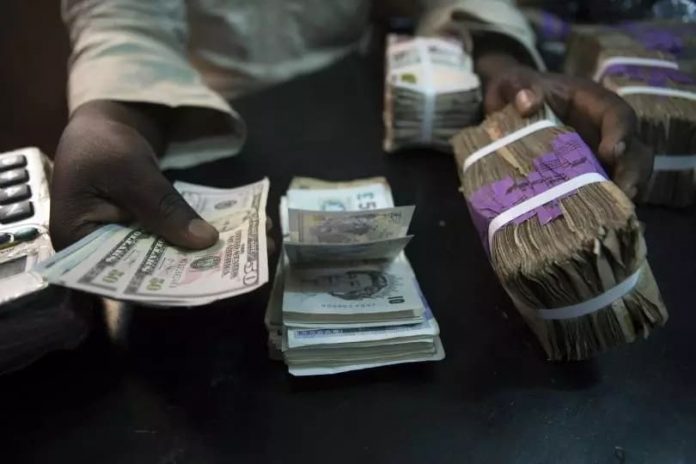 Nigerian yields are among the highest in emerging markets

For investors considering the fate of Nigeria’s naira after the central bank’s unexpected rate cut on Tuesday, Egypt may be a better guide than Ghana.

Both Egypt’s and Ghana’s central banks cut their main interest rates earlier this year, surprising most analysts surveyed by Bloomberg. But their currencies reacted differently.

The Egyptian pound has since strengthened against the dollar and is one of the world’s best-performing units this year. Ghana’s cedi has tanked.

The pound has strenghthened after a rate cut, while the cedi weakened

Nigeria’s naira has the potential to go the way of the Egyptian pound. Among the key factors are the steep rise in Brent oil prices this year to almost $70 a barrel and the $6 billion that has flowed into the Nigerian fixed-income market since last month’s general elections.

Nigeria’s reserves, at $44 billion, are the highest since September, giving central bank Governor Godwin Emefiele plenty of firepower should he need to defend the currency.

Like Egypt, Nigeria’s yields remain attractive. The Abuja-based central bank has kept rates high for the past six months or so using short-term instruments known as open-market operations to rein in liquidity. Average yields on naira bonds of 14.4 percent are the fourth-highest among large emerging markets, according to data compiled by Bloomberg.

Ghana’s carry returns are juicy too. But it is battling perceptions that it won’t manage its finances properly after a four-year bailout with the International Monetary Fund ends next month.

For Nigeria, the signs so far are positive. While the naira’s spot rate was 0.2 percent weaker at 360.08 per dollar as of 1:23 p.m. in Lagos, derivative traders signaled they had few concerns. The rate for naira three-month non-deliverable forwards appreciated to 365.63, the strongest since July.