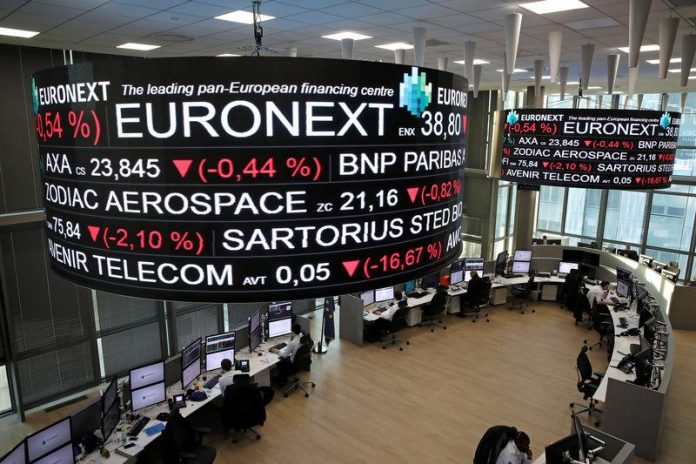 JOHANNESBURG (Reuters) – Tencent shareholder Naspers plans to float a portion of its e-commerce ventures on Euronext in Amsterdam, a move South Africa’s biggest company said on Monday will create Europe’s largest listed internet group.
As well as holding a one third stake in China’s Tencent, which is worth around $122 billion, Naspers also owns other assets such as OLX, the biggest classifieds ads site in India and Brazil, and mobile classified platform letgo, which vies with Craiglist in the United States.

Founded more than 100 years ago in Stellenbosch, South Africa, Naspers has transformed itself from a newspaper publisher into a media and internet giant with a market capitalisation of 1.5 trillion rand ($104 billion).

“The listing will present an appealing new opportunity for international tech investors to have access to our unique portfolio of international internet assets,” Naspers Chief Executive Bob van Dijk said in a statement.

Van Dijk, who took the helm in 2015, has faced shareholder pressure in recent years to narrow the valuation gap between the market value of Naspers and that of its stake in Tencent.

Last month, he spun out and separately listed the company’s de facto African pay-TV monopoly Multichoice, a company valued at around 50 billion rand.

Naspers did not give financial details of the planned IPO, but chief financial officer Basil Sgourdos said the new entity was likely to be the third largest on Euronext, above oil giant Total, which is valued at around 130 billion euros.

The e-commerce businesses generate $3.3 billion in annual core profit, or EBITDA (earnings before interest, tax, depreciation and amortisation), from sales of nearly $16 billion, with Tencent accounting for virtually all the profit.

The new entity, which will have a secondary listing in Johannesburg, will house stakes from some of the biggest internet brands in emerging markets including Russia’s biggest social networking site mail.ru, Indian online travel firm MakeMyTrip and Brazilian food delivery firm iFood.

The new company is expected to be owned 75 percent by Naspers and have a free float of 25 percent when it lists in the second half of the year.

Naspers outsized weighting on the JSE shareholder weighted index – constituting around 25 percent – is also a headache to fund managers who have been forced to sell the stock when its valuation rises to limit their exposure.

Naspers’ problems mirror the dilemma faced by Yahoo, where its core business ended up being worth 10 times less than its stake in Alibaba and Yahoo Japan.

Yahoo fixed that by selling its core operating business to Verizon in 2016 and re-branding what was left as Altaba, a conflation of ‘alternative’ and ‘Alibaba.