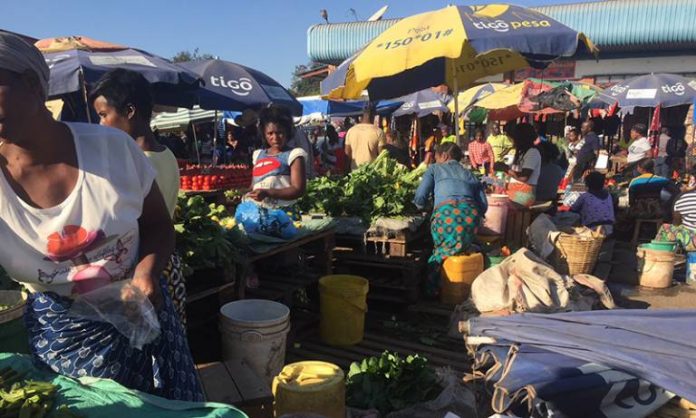 Regional growth is seen picking up for a third year in a row in 2019, as Nigeria’s recovery gathers pace and Angola exits from a three-year recession. In addition, modest growth in South Africa should also lend support to economic activity. Higher capital spending internally, coupled with a favorable price outlook for energy-exporters, are seen driving the overall expansion.

Incumbent President Muhammadu Buhari comfortably beat his main rival, former Vice-President Atiku Abubakar, in the 23 February presidential election, securing 55.6% of the votes compared to Abubakar’s 41.2%. Given that Abubakar’s market-oriented reform agenda could have triggered a major shift in economic policy, particularly for the management of the exchange rate regime and the all-important oil industry, those risks have largely dissipated with Buhari’s reelection and the status-quo to policymaking is thus set to remain going forward. Meanwhile, available data points to a slight loss of momentum at the start of the year, after economic growth hit an over three-year high in the final quarter of 2018. The PMI fell for the third month in a row in February which, coupled with a less upbeat outlook among firms in the same month, hint at reduced private sector dynamism in Q1 2019.

The economy is expected to gain steam this year on the back of stronger household consumption and fixed investment growth. Although healthy oil production will continue to support growth, lower crude prices represent a key downside risk to the outlook, as it can both dent vital foreign exchange earnings and place public finances under more strain.

The economy appeared to have remained stuck in recession in Q4 2018, on the heels of a weak Q3 showing which had marked the fourth consecutive quarter of contraction. The Q4 downturn was likely led by the country’s all-important oil sector, as tumbling global oil prices likely more than offset the marginal gains stemming from the uptick in oil production. The crumbling oil industry weighed on overall activity growth, reflected by the index of economic activity posting its second largest contraction in almost three years in November. Turning to Q1 2019, the country appears to remain trapped in recession: Oil production dipped to an over 12-year low in February, weighing on gains from an upturn in crude oil prices. Meanwhile, on 13 March, the World Bank announced it would lend an additional USD 1.0 million to Angola in order to support the ongoing reform process and spur growth.

The economy is seen emerging from recession this year, amid improving domestic demand. Easing inflationary pressures and a more accommodative monetary policy environment should spur private consumption, while ongoing economic reforms should bolster investment activity. Angola’s dependence on its oil sector, however, remains the key downside risk to the outlook.

Fourth-quarter growth confirmed the South African economy’s slow but steady comeback from last year’s short-lived recession. On the demand side, fixed investment fell for the fourth quarter in a row as economic unrest pushed firms to rethink their outlays on machinery and equipment; by the same token, this also bruised imports. Household spending, on the other hand, was upbeat despite elevated inflation, as was government spending. Meanwhile, exports appeared to benefit from a cyclical pick-up across the region. Looking ahead, available current-quarter data hints at a protracted recovery. Moreover, rolling blackouts in recent weeks have highlighted Eskom’s shortcomings. The state-owned power utility’s crippled finances took center-stage when this year’s budget was presented on 20 February. Although analysts praised Tito Mboweni’s plans as a net-positive for the ailing economy, they were also quick to note that an Eskom bailout could push this year’s fiscal deficit beyond 4.0% of output.

South Africa’s short-term recovery will hinge on Cyril Ramaphosa’s last-ditch economic reforms and, in turn, a mandate for his African National Congress on 8 May. Meanwhile, higher real wages and new business-friendly prescriptions should help lift economic sentiment. Notably, some analysts expect Mboweni’s budget to have averted a credit-rating downgrade by Moody’s.

FocusEconomics analysts expect growth of 1.6% in 2019, unchanged from last month’s forecast, and 1.9% in 2020.
Kenya Economic Outlook

The economy entered the year on a less promising note, with weaker domestic demand causing a notable slowdown in private sector activity. That said, a buoyant tourism sector and solid remittance inflows, which have helped narrow the current account deficit, likely cushioned the impact of the decline. Meanwhile, the country aims to raise up to KES 50 billion (USD 500 million) through auctioning a tax-free 25-year amortized infrastructure bond on 20 March, which will be used to fund “Big Four Agenda” development projects. The government’s appetite for spending, however, is at loggerheads with the need for fiscal consolidation. Reining in the country’s escalating public debt burden is a necessary condition to securing a new IMF standby credit facility; discussions with the IMF are currently underway.

The economy is set to record another robust expansion this year. Stronger business confidence should underpin solid growth in fixed investment, while government spending remains firm on the delivery of infrastructure projects. Private consumption growth, however, is expected to ease, amid tighter credit conditions.

FocusEconomics analysts project GDP growth of 5.8% in 2019, which is down 0.1 percentage points from last month’s forecast, and 5.7% in 2020.
Sub-Saharan Africa Monetary & Financial Sector News

Moderating inflationary pressures in some countries like Ghana and Angola led central bankers to cut policy rates back in January. Going forward, an easing of monetary policy is expected overall amid a sustained declining trend in inflation, although will still remain relatively tight in countries like Angola, Ghana and Nigeria.

Currencies across the region remained broadly stable in recent weeks. The Ghanaian cedi, however, was a notable exception, depreciating sharply amid investors’ loss of appetite for the country’s bonds following the unexpected policy rate cut in January. Most currencies are expected to depreciate this year, albeit at a weaker pace than that experienced in 2018. 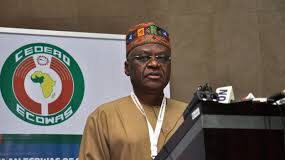 ECOWAS Trade Scheme: Nigeria accounts for more than 60% of products...