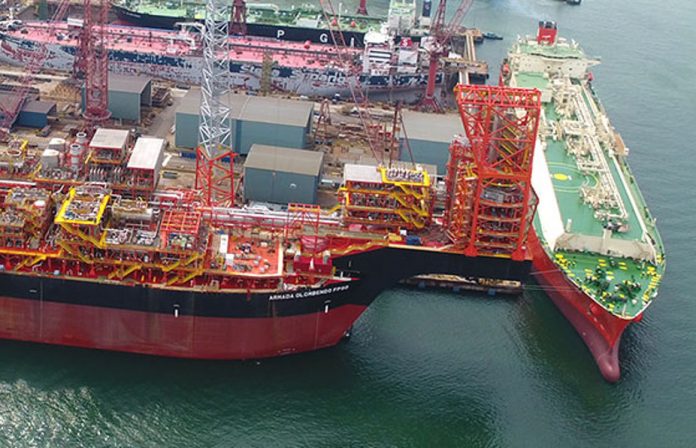 MILAN (Reuters) – Italian company Eni said on Wednesday it had made a major oil discovery in Angola that would boost its credentials as one of the most successful foreign oil producers in Africa in recent years.
Italian energy company Eni’s headquarters are seen in Rome, Italy September 30, 2018. REUTERS/Alessandro Bianchi/File Photo

The find is Angola’s largest offshore discovery in years and may help Africa’s second-biggest crude producer avoid a steep decline in output due to the ageing of its other fields.

Oil accounts for 95 percent of exports and around 70 percent of revenues, and the government has recently offered better fiscal terms and more collaboration to international energy firms in an effort to help its mostly impoverished population.

Data from the exploration well pointed to a production capacity of more than 20,000 barrels of oil per day, it said.

“This is a valuable find of light, sweet oil which they will be able to fast-track to meet increasing demand in 2020-2021,” Santander oil analyst Jason Kenney said.

Eni, which has been in Angola since 1980, will be operator at the field with a stake of 36.8 percent, the same as Angola’s state-owned Sonangol. SSI Fifteen Ltd has 26.3 percent.

Angola, a member of the Organization of the Petroleum Exporting Countries, is a key location for the Italian state-controlled major. The company currently produces around 155,000 barrels of equity oil equivalent per day in the African nation.

Eni, which in 2018 produced 1.85 million barrels per day, was struggling to replace reserves a decade ago and lost credibility over its management of the huge Kashagan oilfield in Kazakhstan.

But giant gas finds at Mamba in Mozambique and Zohr in Egypt have since given it the strongest discovery record in the industry.

The major, which produces more than half its oil and gas in Africa, has made a move to diversify away from the continent by clinching a series of deals in the Gulf region.

It is set to uncover its new strategy plan to 2022 on Friday.