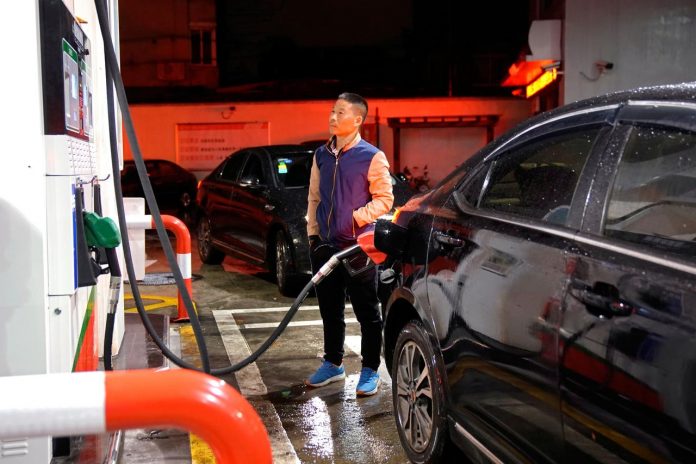 News that Venezuela’s crude exports have taken a hit in the wake of a mostly nationwide power outage that began late last week has also provided support for oil prices.

Global benchmark May Brent crude, +0.81 per cent gained 95 cents, or 1.5 per cent to $66.69 a barrel on ICE Futures Europe, after the contract registered a weekly rise of one per cent on Friday.

April West Texas Intermediate crude, +0.82 per cent rose 86 cents, or 1.5 per cent, to $56.93 a barrel on the New York Mercantile Exchange, after prices rose 0.5 per cent last week, according to Dow Jones Market Data.

Analysts see rising oil prices as good for Nigeria, Africa’s largest oil producer that runs a mono-economy driven by oil proceeds. With a projected 2.3 million barrel of crude oil production per day and $60 oil benchmark in the 2019 budget, the rise in the oil prices, they say is healthy for the finance of the budget which has an unprecedented huge capital expenditure component.

Saudi Energy Minister Khalid al-Falih told Reuters two days ago that it would be too early to change a production curb pact agreed by the Organisation of Petroleum Exporting Countries (OPEC) and its allies, which includes Russia, another major producer, before June.

The Joint Ministerial Monitoring Committee, or JMMC, which monitors compliance with output reductions, is scheduled to meet in Azerbaijan on March 18.

OPEC’s next scheduled meeting will be held on April 17-18. Reports also say the group will again meet in late June to discuss production levels.

“We will see what happens by April, if there is any unforeseen disruption somewhere else, but barring this I think we will just be kicking the can forward,” Falih said.

Chevron highlights 2016 performance and future plans at annual meeting of...