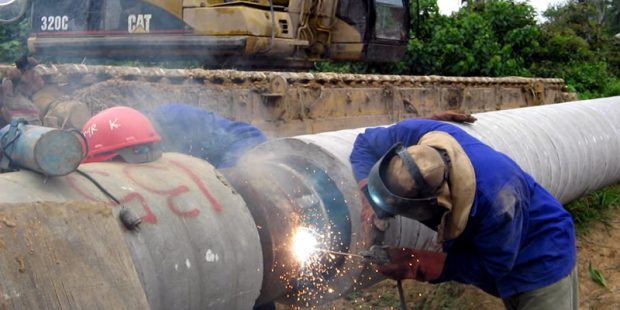 LONDON, March 12 – The Nembe Creek Trunk Line in Nigeria was back online after a Feb. 28 explosion, while trade in Angolan cargoes has slowed this month as demand in key East Asian markets weakened.

* Operator Aiteo said on Tuesday that the cause was an explosion and that operations resumed on Mar. 7.

* A trading source said delays were minimal and that the stoppage slowed down a purchased crude cargo by just one day.

* Another trader said prices were liable to fall due to weak demand from Angola’s key markets in China and East Asia.

* Unipec has purchased a cargo of Kissanje for less than dated Brent plus $1 a barrel from BP, which had initially been offered at $1.30 a barrel.

* Gindungo was offered at a differential of 40 cents above dated Brent and Nemba at 70 cents, a trading source said.

TENDERS
* India’s IOC issued a new buy tender for May 1-10 loading. The tender closes on March 14.

* Uruguay’s ANCAP has issued a buy tender closing March 13 for May 15-20 arrival. (Reporting by Noah Browning; Editing by Jan Harvey) ))

Why price of domestic cooking gas increased by 28.24% – NBS