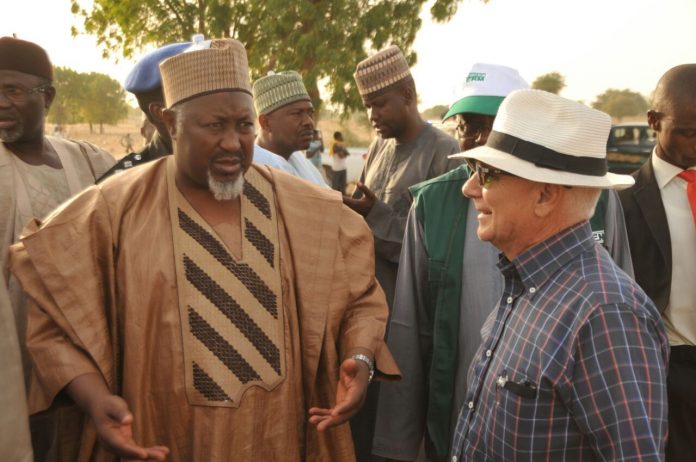 Jigawa state governor, Mohammadu Badaru Abubakar, who is seeking re-election on the platform of the All Progressives Congress (APC), has won his Kofar Arewa 002 polling unit in his home town of Babura in Babura local government area of the state.

Badaru, floored the governorship candidate of Peoples Democratic Party (PDP), Mallam Aminu Ringim, after he secured 173 votes as against Ringim who polled 22 votes in his polling unit.

The governor, had earlier in the day voted in less than five minutes, after the smart card reader verified his biometric data with his Permanent Voter’s Card.

Fielding questions from Journalists, shortly after casting his vote, Badaru described the conduct of the election as peaceful and calm and called on the electorate to consolidate on the relative peace being enjoyed in the state during and after the exercise.

Meanwhile in his Marakawa 008 polling unit in Ringim, the headquarters of Ringim LGA, the PDP governorship candidate, won his polling unit too.

He polled 598 votes as against his arch rival who got 180 votes.

The PDP governorship candidate, who declined comment, was seen in his Ringim country home receiving report on the results of the elections.