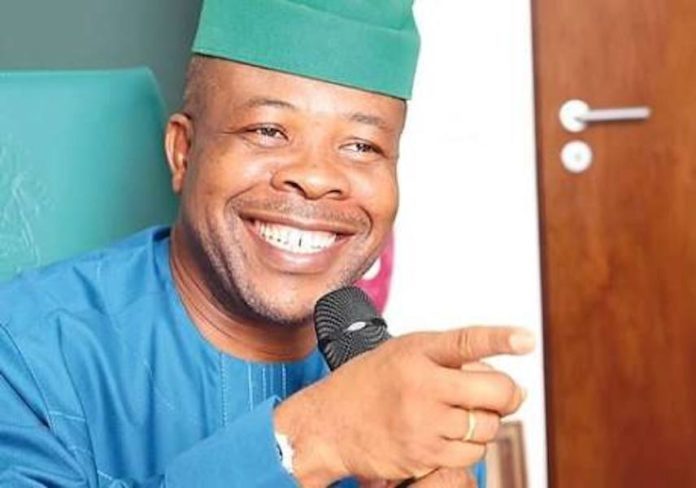 As Nigerians vote again on March 9, all eyes will be on Imo State for two reasons.

First, with the exception of Rivers State, Imo, the Eastern Heartland, has acquired the notoriety of being the country’s electoral malevolence capital under Governor Rochas Okorocha’s watch.

In the eight years that he has been at the helm of affairs, all rules of civil engagement have been torpedoed. He has taken the state hostage, literally.

The chairman of the All Progressives Congress Imo State Governorship Primary Committee, Ahmed Gulak, narrated in October 2018 how he narrowly escaped being kidnapped in the state by persons he described as agents of Okorocha.

Gulak, who said he left Owerri “under the cover of darkness at about 4:00 a.m.,” declared the result of the primary election in Abuja.

Fast-forward to the February 23, 2019 Presidential and National Assembly poll, in which Okorocha was a senatorial candidate.

The Returning Officer, Prof Innocent Ibeawuchi, alleged that he was held hostage for almost 16 hours until he declared Okorocha winner of an inconclusive election under duress.

“I was compelled to announce the result which was inconclusive. I am a man of integrity and it is not true that the governor (Okorocha) slapped me but I was held hostage by agents working for him. I was manhandled and I thank God I came back alive,” Ibeawuchi said on Monday, February 25, after he regained freedom.

For his audacity, Okorocha labeled the Federal University of Technology Owerri (FUTO) lecturer a mad man and a criminal.

“Out in the field, there was too much turmoil, we battled with thugs for INEC materials, corps members were hijacked and returning officers harassed and intimidated and in a few places forced to declare results that were obviously concocted under duress. Some other staff were obviously compromised. The maxim was either to play along or be battered.”

Ezeonu warned that if the state and its political gladiators continue on that trajectory, “We may come to a stage where no person will be willing to officiate during elections.”

The brigandage is Okorocha’s winning formula which he hopes to deploy maximally in the governorship election.

The second reason why Imo is the cynosure of all eyes is the fact that 65 candidates, the highest in the 29 states holding governorship election on Saturday, are jostling to succeed Okorocha.

The election will be interesting because the frontline contestants – Emeka Ihedioha, Hope Uzodinma, Ikedi Ohakim, Ifeanyi Ararume and Uche Nwosu – are well-known to the Imo electorate.

So, while some of the governorship wannabes will be contented having their names on the ballot, the battle is that of the big five.

Ihedioha, the Peoples Democratic Party (PDP) hopeful was a Deputy and Acting Speaker of the House of Representatives. Uzodinma, the All Progressives Congress (APC) candidate, is a senator. Araraume, a former senator, flies the All Progressives Grand Alliance (APGA) flag, and Nwosu, the Action Alliance (AA) flagbearer is Okorocha’s son-in-law and Chief of Staff, while Ohakim, theAccord Party (AP) candidate was a governor.

The implication is that while the battle is tough, choice may well be easy for the electorate given that they know the antecedents and pedigree of the major candidates.

Today, Imo is in a deep hole dug by inept leadership and needs a steady hand that will pull it out of the morass.

The state needs a man who has the capacity to do the yeoman job and not someone who revels in leadership without responsibility.

Imolites don’t want a helmsman who will be teleguided from outside, neither do they want a strongman. They simply want a leader who listens, an astute administrator, a due process aficionado, who will play by the rule.

The way and manner each of the big five emerged as candidate is instructive. Three of them – Uzodinma, Nwosu, Ararume – are flying the APC banner on different political platforms.

Ararume who was handed the APGA ticket by Anambra State governor, Willie Obiano, at the behest of Aso Rock, less than one month after defecting from the APC, will surely go back to his former party with the governorship trophy if he wins.

Nwosu, the ultimate pawn in Okorocha’s political chessboard, also defected to AA because the Adams Oshiomhole-led APC leadership preferred Uzodinma. If he wins, he will go back to APC. The trio are all part of the elaborate plot of the ruling party to retain power in Imo.

Of the three, Uzodinma’s candidacy is the most intriguing. He neither enjoys the support of President Muhammadu Buhari who told party faithful in Owerri to vote for candidates of their choice, nor Okorocha. He is only in bed with Oshiomhole and many are wondering why the national chairman of a party that claims to be fighting corruption would throw his weight behind a man dogged by corruption allegations.

Okorocha echoed the same sentiment last Friday when he wondered that, “If Oshiomhole had meant well for APC and Imo people in particular, would he have given the ticket of the party to a man facing five corruption charges and having travel ban slammed on him to be the party’s candidate?”

That question should not be left for Oshiomhole alone to answer. It must concentrate the minds of Ndi-Imo as they cast their ballot on Saturday.

And while not losing sight of Okorocha’s poser on Uzodinma, Ndi-Imo must also remember Oshiomhole’s allegations against the governor and his son-in-law at a campaign rally in Owerri late last year.

The APC national chairman accused the chairman of his party’s Governors Forum of corruption and maladministration and urged the people to vote against him and his confederates.

Truth is that Okorocha, Uzodinma and Nwosu are birds of the same plumage and Nwosu’s candidacy, like Uzodinma’s, is a poisoned chalice. Imo needs a candidate with a pedigree and governance worldview, a candidate that believes in something.

After eight years of unmitigated disaster, the state needs a political thinker, a leader who believes in something, a man consumed by his vision of greatness and a mission to accomplish, a man who sees politics and acquisition of power as a means to an end, the end being the good of the many.

The state needs a leader who will give the people an early heads up about what needs to be done to climb out of their hole of despair, not one that will continue digging. Imo does not need a governor who will eat and shoot the breeze.

Okorocha has done so much damage that it will take a leader with maximum capacity and grit to turn things around.

Of the big five, only Ihedioha with his penchant for due process and the rule of law fits the bill. His legislative background imbues him with the discipline needed to do the job.

But most importantly, of the big five, Ihedioha is the only one without the albatross of corruption allegations. This is remarkable considering that he has been in the public glare in the last 20 years, occupying some of the highest and most sensitive offices in the land, yet a ruling party that has deployed the anti-corruption bogey to whip political “dissidents” into line has not found him wanting because like Caesar’s wife he is even above suspicion.

It is important for Imo to have a governor who lives above board because the state cannot afford to be distracted.

Ihedioha is dependable, steadfast, trustworthy and visionary. He is his own man, a fact which some misconstrue as arrogance.

His fidelity to agreed causes is second to none. In this era of brazen political harlotry when politicians switch political allegiance so whimsically, Ihedioha has remained steadfast, committed to PDP even when it seemed politically inexpedient to do so.

So, while it is true that Imo parades an unwieldy crowd of 65 governorship candidates, it may well be the state with the easiest choice to make as Nigerians go back to the polls on Saturday to elect their governors and state lawmakers because Emeka Ihedioha embodies all the leadership qualities the state needs at this critical moment, which makes it absolutely superfluous for the people to look any further.