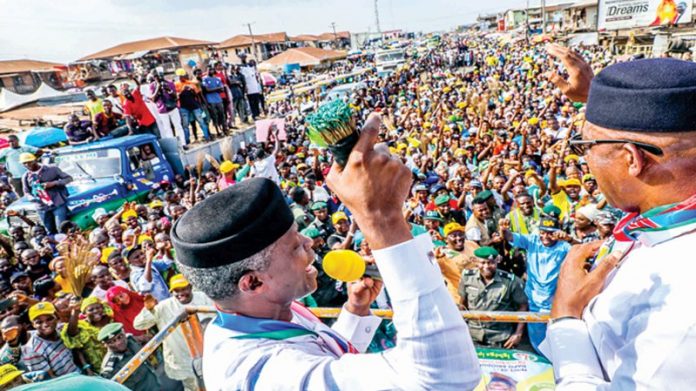 A coalition of House of Assembly candidates on the platform of the All Progressives Congress (APC) in Enugu State, has dissociated itself from the call for the postponement of tomorrow’s governorship and state Assembly elections in the state, declaring that its members “are ready for the election on Saturday as scheduled by the Independent National Electoral Commission (INEC).”

The APC Chairman in Enugu State, Barr Ben Nwoye, had on Thursday demanded the postponement of the exercise.

But in a terse statement signed by the group’s coordinator, Barr Val Ikpa, the APC House of Assembly candidates rather commended the state Resident Electoral Commission (REC), Emeka Ononamadu, and INEC “for their transparency in the preparation for the elections.”

Ikpa is the party’s candidate for Enugu East Urban constituency.

The group’s members, therefore, urged their teeming supporters to disregard such a call and come out en masse to exercise their civic responsibility and avoid any act capable of jeopardising the peace in the state.

“We appeal to the APC leadership in Enugu State to release due logistics to the candidates to enable them to perfect their own side of the obligation without delay,” the group stated.