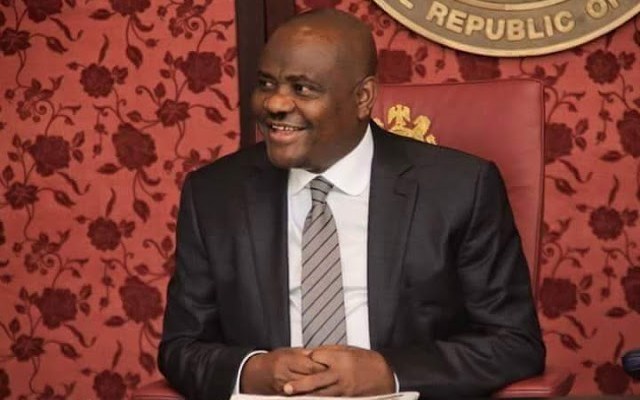 The Abuja division of the Federal High Court has dismissed the suit seeking to disqualify Governor Nyesom Wike of Rivers State from participating in the Saturday governorship election for lacking in credible evidence.

The suit which was filed last year by a Rivers State indigene, Elvis Chinda, sought the court’s interpretation of certain provisions of the Electoral Act which deal with the presentation of forged documents to the Independent National Electoral Commission (INEC) by an aspirant seeking clearance to contest an election.

In his judgment, Justice Inyang Ekwo agreed with counsel to the governor, Ferdinard Orbih (SAN) who was with Godwin Obla (SAN) that the suit is statute bar and gross abuse of the court process.

The judge dismissed the suit on the grounds that the plaintiff failed to prove the allegation beyond a reasonable doubt.

The court held that the allegation, being quasi-criminal in nature, ought to be proved beyond every reasonable doubt, a burden it said the plaintiff failed to discharge against Wike.

“In our statutes, forgery is a criminal act. It entails the fraudulently making of forged documents. It is a criminal offence. The onus is on the plaintiff to establish the ingredients of the allegation with credible and convincing evidence.

“I find that the plaintiff has not proved allegations against the 1st defendant beyond every reasonable doubt or at all,” the court held.

In addition, it was the decision of the court that a forensic expert ought to have confirmed that the document was indeed forged.

In holding that the suit was a gross abuse of court process, Justice Ekwo, noted that counsel to the plaintiff had earlier filed a similar suit in his own name.

The judge who frowned at the altitude of the plaintiff observed that after the matter was dismissed, the lawyer engaged the plaintiff to pursue the same case, despite the fact that he had also gone on appeal.

The court described the action as a “despicable act,” saying it amounted to gross abuse of the judicial process.

“The suit is entirely that of the plaintiff’s counsel; it is an action by proxy which amounts to sponsorship litigation which is a professional misconduct

“I find that this matter is an abuse of court process and I resolve this issue in favour of the 2nd and 3rd respondents.”

The court further relied on Section 285 (9) of the 4th Alteration to the1999 Constitution and held that the suit had become statute barred since it was not filed 14 days after Wike submitted the Form CF 001 to INEC.

Besides, Justice Ekwo held that a copy of the alleged forged document the plaintiff tendered in court lacked credibility, saying there was nothing to show that it emanated from INEC.

He held that the plaintiff failed to adduce any evidence to show that the document was issued by INEC upon payment of the prescribed fee.

“None exhibition of the prescribed fee rendered the documentary evidence tendered by the plaintiff worthless and does not meet the evidential standard of admissibility.

“Affidavit evidence used by the plaintiff is incapable of establishing the intent of the 1st defendant in this case.

“There is no indication from the purported document with INEC’s stamp, indicating that it was the plaintiff that applied for it.

“I am unable to ascribe any probative value to the documentary evidence tendered by the plaintiff. I resolve every issue in favour of the 1st defendant and I make an order dismissing this case for lack of merit,” the court held.

The suit marked FHC / ABJ /CS /1430/2018, was filed before the court by one Mr. Elvis Chinda who listed INEC, Wike, and the People’s Democratic Party (PDP) as defendants.

Chinda had told the court that the certificate titled “Statutory Declaration of Age”, attached to Wike’s Form C.F.001, and purportedly deposed to on October 3, 1986, by one Collins Nyeme Wike had claimed that Nyesom Wike at the time of deposition, was a native of Rumuepirikom in Obio / Akpor Local Government Area of Rivers State. According to the plaintiff, “As at 3rd October 1986, there was no local government area known as Obio /Akpor Local Government Area in existence in Rivers State.

He told the court that Obio/Akpor Local Government Area of Rivers State was created in 1989 by Decree No 12 of 1989, two years after the alleged forgery was committed.

The plaintiff said the forged certificate of birth misled INEC into believing that Wike had a genuine birth certificate that confirmed his alleged date of birth given as 13th March 1963.

He alleged that Wike presented the bogus birth certificate to maintain consistency and cover up falsehood and lies, which he started in 1998. He said the cover-up, “began in 1989, when Wike expressed a desire to contest for the local chairmanship of Obio/ Akpor Local Government Area Council election in Rivers State which INEC had fixed 35 years age for eligibility.

“Wike was 30 years of age then and ineligible for that election. In order to qualify for that election, he forged the Certificate of birth now in contention. He has used it in subsequent elections.” The plaintiff argued that INEC, “is not in a position legally to disqualify Wike from contesting the governorship election except the court gave an order disqualifying him for the breach of Section 182 (1) (j) of the Constitution of Federal Republic of Nigeria”.

Fayose writes EFCC, promises to submit self on October 16