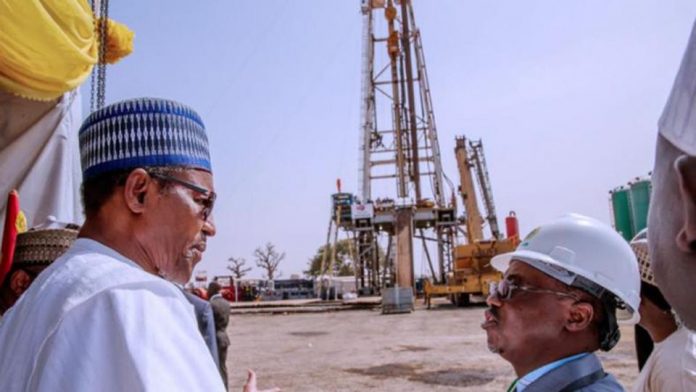 And that heart is not entirely healthy. Nigeria’s state-dominated oil industry is declining, afflicted by systemic corruption, starved for international investment, and hit hard by weak oil prices.

Oil remains the country’s chief source of income, accounting for approximately 56% of state revenue and a whopping 85% of export revenue. The OPEC member produces 2.5 million barrels of crude per day but could pump much more under the right regulations and international investment.

Buhari has historically opposed market liberalization. Publicly (and somewhat ironically) the president cites corruption risk as the rationale behind this position. He also argues that through state control, oil profits can be more easily distributed to nascent sectors of the economy. Behind closed doors, however, privatization is seen as a threat to the nation’s well-connected and rich oil elites, and their power.

In Buhari’s defense, corruption is a real problem. Notably, Royal Dutch Shell (NYSE:RDS-A) and Spain’s Eni (NYSE:E) have been embroiled in a legal battle since 2011 over an alleged $1.1 billion paid in bribes to Nigerian government officials to acquire new off-shore drilling rights. Just last week, the Dutch Public Prosecutor’s Office announced that they are nearing the conclusion of their investigation.

A parallel case in Milan is also about to go to trial, this one filed by the Nigerian government on the basis that Shell and Eni are “partly responsible for the behavior of corrupt Nigerian officials.” You read that right.

But with Nigeria’s economy at a breaking point, Buhari may be forced to adopt unprecedented liberal reforms to spur economic development. Africa’s most populous nation boasts the world’s worst performing stock market and the greatest number of people living in what the World Bank calls ‘extreme poverty:’ 87 million Nigerians live on less than $1.90 per day.

Since Buhari took office, unemployment has ballooned from 8% to 23% and inflation has grown, now at a painful 14%. Poor energy infrastructure also means that the continent’s largest oil producer must rely on imports to meet its refined petroleum demand, and has paid out $5.8 billion since 2017.

Former vice president Abubakar’s platform leaned in the opposite direction, urging low taxes, market deregulation, and energy sector privatization as a means to attract foreign direct investment. While Abubakar has been criticized for graft and corruption during his vice-presidential tenure, it’s hard to argue against his desire to revitalize Nigeria’s dilapidated oil and gas sector.

Today, Nigeria is only capable of pumping some 2.5 million barrels of crude oil per day despite sitting on more than 40 billion barrels of proven reserves. And its mid-stream and downstream infrastructure are arguably in worse shape than upstream production. The country’s refineries – most concentrated in the oil-rich Niger Delta region – currently operate at under half of their intended 500,000 barrel per day consolidated capacity. In October of 2018, refining capacity dipped below 11%.

Billionaire Aliko Dangote sees this as a business opportunity. His company, Dangote Group, hopes to complete construction of a $15 billion refinery outside of Lagos to process 650,000 barrels of crude daily. This would, of course, give the billionaire a near monopoly on Nigeria’s refining sector, not necessarily a step in the right direction for market liberalization.

Once completed, the Dangote refinery will have a capacity of 650,000 barrels per day, making it the largest such refinery in AfricaDangote Oil Refinery Company, The Guardian

But at the very least, the massive Dangote project shows that there is private interest to develop the country’s energy infrastructure. Indeed, a growing group of local Nigerian oil-and-gas entrepreneurs now control 19% of oil production and 18% of gas output. Still, private investment is just scratching the surface. Provided the right backing and incentives, Nigeria could also be a top global natural gas exporter. The country has the 11th largest gas reserves in the world, measuring 187 trillion standard cubic feet (tcf). According to Royal Dutch Shell, however, only about 25% of those reserves are utilized today. Like the oil sector, poor legal and regulatory frameworks, inadequate financing, and mismanagement by the dominant national energy companies are to blame.

It doesn’t have to be this way. Nigeria can still become a model of African energy development if President Buhari decides to be a force for good in the country’s economy. But for that to happen he must loosen his grip on the continent’s largest energy sector. Doing repeatedly what was done in the past and expecting a different result is not going to work.

With Assistance from Kabir Brown and James Grant

Ariel Cohen is a Senior Fellow at the Atlantic Council and the Founding Principal of International Market Analysis, a Washington, D.C.-based global risk advisory boutique. I advise law firms and corporations, and once helped to get a famous Russian oligarch out of Putin’s jail. I am also a Senior Fellow with the International Tax and Investment Center (ITIC) where I direct their Energy, Growth, and Security Program (EGS).

For 22 years, I was the Heritage Foundation’s leading Russia/Eurasia and international energy expert. My consultancy focuses on political risk, national security, and energy policy, especially in Russia/Europe/Eurasia, and the Middle East. The firm’s interventions span international security, economics, law, politics, terrorism, and crime and corruption. In addition to consulting for both the public and private sectors, I testify regularly before the U.S. Congress, and appear on Bloomberg, CNN, FOX, BBC, Al Jazeera, and other TV channels. In my free time, I enjoy skiing, sailing, classical music, and my two cats