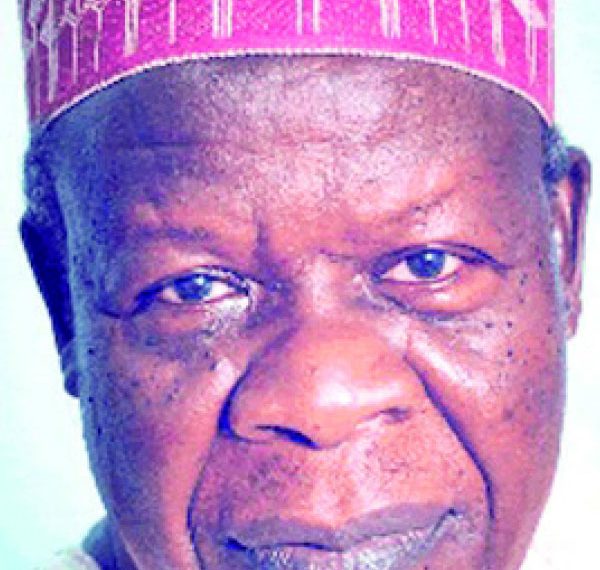 Former Minister of Education, Alhaji Birma Dauda, has said the presidential candidate of the Peoples Democratic Party (PDP), Atiku Abubakar lost to President Muhammadu Buhari, the candidate of the All Progressives Congress (APC) in his Adamawa State during the February 23 presidential poll.

The Sarkin Gabas Adamawa in this interview told VINCENT KALU, that votes were allocated to Atiku to save him from national disgrace, because he is their brother and there was no need to rubbish him.

How do you react to the just concluded Presidential and National Assembly polls?

Firstly, the presidential election was a contest between two people, if there were other people, they just wanted to make their marks against future contest. So, it was strictly a contest between former Vice President Atiku Abubakar and incumbent President Muhammadu Buhari.

I told you before that I was supporting Buhari, even though Atiku is my younger brother. If you recall, in 2003, I ventured to contest the presidential election on the platform of the defunct ANPP, but when Buhari showed interest and said he wanted to contest, I stepped down for him, and joined him and campaigned throughout the country. Though he didn’t win, but we went to the tribunal and ended up in the Supreme Court without success. In 2007, I did the same thing by stepping down for him. I believe with the rot in Nigeria, it is only somebody like Buhari, who has unflinching commitment in fighting corruption that we should support.

Nigeria has everything it takes to be a great country, only that with corruption we go nowhere. I realise that the president has his shortcomings in certain areas, but we should remember that no one is perfect, but if you zero in on the most important aspects of life and somebody has espoused them, then you support such a person. That is why, right from the word go, I told you that I supported Buhari; I canvassed for him and he won. It was something that was predicted; I said he was going to win and he won. This is the situation in which we are now.

That is not say that Atiku is not a material. You are qualifying two persons; one stands for something, and another person doesn’t stand for what you stood for. Therefore I stood with Buhari and his victory was something predicted, which manifested itself.

On the National Assembly election, so many people contested; I have my friends there and I can’t talk of the number of people. However, I’m satisfied that the APC has the type of majority, which enables the president to get his views and programmes and to see that what he wants is what will happen.

In the last dispensation that is about winding up, the president was timid and he was frustrated. There were a lot of things he wanted to do, which he could not because he knew that going to the NASS to seek for approval was not a possibility, therefore he refrained from sending certain things. You must have noticed that this NASS was a free for all; they didn’t want the executive to make any input, there was a bazaar, and everyone was pleasing himself – where to locate a project, what to do here and what to do there.

Now, with a clear majority, I believe that Buhari is going to have the type of NASS to work with. Generally speaking, what has manifested was what I expected and I’m happy about that.

The opposition says the election was massively rigged, what is your view?

The opposition was hoodwinked by predictions that they were going to win the election. So much was the prediction of the pastors, the mullah and so on, that they believed the lies they were being fed.

Members of the opposition could swear by the Bible and the Quran that they were going to win, but we knew they would not win. They were taken for a ride; people deceived them, therefore when the outcome of the election didn’t meet what was predicted they said they had been cheated.

I’m a voter, a canvasser and a politician and I know that the opposition is just crying because their expectations were not met and the predictions handed out to them were handed didn’t come to pass. In an election, there’s so much money that had gone down the drain; people look at the money they had invested, and they felt very bad about it and they can’t go back home and say they have lost, but they would say they won and they were cheated.

If there was any cheating that was done, it was by PDP and not by APC. Anybody who has lost is entitled to cry; crying is a free job, tears come out free. Let us allow them to keep on crying, eventually when they come to terms with the fact that they have lost, they will be consoled and look forward to future election.

Just because you have lost one election in a given year doesn’t mean that you have lost forever. I have seen so many elections in Nigeria, the first election I saw as an adult was that of 1959, and between that time and 2019, a lot of water has passed under bridge; I have seen people becoming extravagant in election, I have seen people becoming terribly disappointed, but it doesn’t stop the world from going round. Even now, with what they are saying, the world will continue to go round, and Nigeria will move on.

So, I’m not surprised that they are crying about their loss. It is expected as they invested a lot of money into it; they invested a lot of hope into it, but hope doesn’t always translate into reality. They say, if wishes are horses, beggars will ride them. There is no way we will say they shouldn’t cry, let them cry as much as possible, but the fact is that they lost the election.

People are still amused over the voting figures that came out of Borno and Yobe, two states that were under Boko Harm attacks even on that election day. How do you reconcile this?

Boko Haram is a part of life in Borno, Adamawa and Yobe states. If you look at the territorial spread of these three states, they can tell you there is a Boko Haram attack, which is at a very remote insignificant corner, where they can come out do their damage and immediately disappear.

They were nowhere near Maiduguri, they were nowhere near Damaturu, and they deliberately wanted to frustrate the election by putting a question mark on its validity. This Boko Haram is made up of people who don’t mean well for Nigeria; they don’t mean well for democracy in Nigeria and therefore if they had opportunity to do something, which will question the integrity of the meaningful things which are done in Nigeria, they will do it.

You are talking to somebody who grew up in Borno. I started living in Borno at the age of nine, and I know the state inside out. Because of insurgency, there are pockets of IDPs, which makes it easier for these people to vote. In this vein, some people stay very far away from the place and they pass judgement. Some of these people saying these things have never been to Borno, Yobe or Adamawa states, but they sit in some nice place and pontificate about what they theorise as something which has been done.

Leaders of ethnic groups like Northern Elders Forum (NEF), Afenifere, Ohanaeze, Middle Belt Forum and Pandef are supporting Atiku to go to court because the election they say was a charade. What do you say to this?

If you want, in the next three or four weeks, I can produce counter groups who do not agree with these people. This NEF comprises a few people who agree with Prof Ango Abdullahi, who will never until the end of time see anything good in Buhari or in APC. Take a look at Afenifere, which is divided between people who don’t see anything good with anything Northern, and they think that Buhari is dyed in the wool Northerner, therefore whatever he stands for they must fight.

Therefore, the Middle Belt Forum is a Christian organisation, but unfortunately, people have made the dividing line in Nigeria into a Muslim/Christian thing.

I don’t know when Atiku became a Christian. He is a Muslim, a Northerner and a Fulani, just as Buhari.

If they had elected Atiku, they will be very surprised that there will be no deviating line between what Atiku would do and what Buhari would do, except that Atiku is a dyed in the wool politician, who will do what politics dictates, while Buhari is an unrepentant military man that if he says something to you and if he talks to you in three months time, he would repeat the same thing. Buhari has a certain degree of inflexibility, while Atiku is a politician and can change his colours twenty hours in a day.

I don’t take these organisations seriously, I know what they are and what they stand for, so, I don’t lose a minute sleep over what they say or what they do.

Atiku has gone to court to challenge the result of the election, what is your take on that?

He is entitled to go to court. You cannot beat somebody and stop him from crying. You cannot defeat somebody who has invested so much money into the project and tell him that he would sit and watch his investment go down the drain. Most of his supporters will be highly disappointed if he doesn’t go to court. I don’t question his right to go to court; let him go to court that is why the court is there to adjudicate between right and wrong.

Look at the number of heads of states and countries that has congratulated Buhari. A large number of them are extremely disappointed that Buhari won because that wasn’t what was predicted. They were told to send observers to checkmate the shenanigans of APC and see PDP’s victory and uphold it.

PDP has invested in a large number of these foreign powers, when it stole our money, they went and make these countries fabulously rich. So, these countries were hoping that it would win, but they were terribly disappointed. Even these people who had hoped that PDP would win have quickly congratulated Buhari.

Adamawa was predicted to be a very stronghold of Buhari, but at the end Atiku won, what happened?

I know Atiku didn’t win Adamawa, but as a politician, we didn’t want to rubbish him because he is our brother and one of us. Even though we are in different camps, we do not know when we shall be in the same camp, so humiliating him is not something we should embark upon.

If they say he won, we will not protest because he is our brother, and 50,000 votes in Adamawa can’t make him a winner. All claims that he won Adamawa were not true. I can tell you between me and my God that Buhari won Adamawa, but we are not making any noise about it.

Oyegun, Izunaso should be prosecuted after they leave office — Okorocha