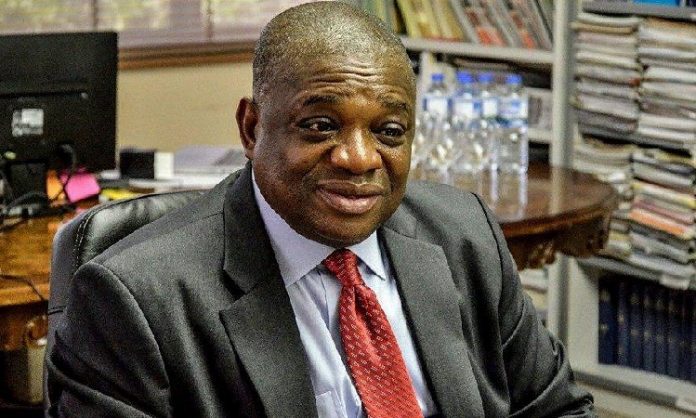 The meeting, which ended in the wee hours of Wednesday, was held at the Conference Centre of the Camp Neya, country home of the former governor; with over 1,500 Igbo attendees from various social and cultural Igbo organisations and groups in Lagos.

Kalu, while appealing to Ndigbo to support the governorship candidate of the All Progressives Congress (APC), Babajide Sanwo-Olu, added that Lagos State has continually witnessed robust development since 1999, when Asiwaju Bola Ahmed Tinubu took over the mantle of leadership in the state.

Addressing the gathering, the senator-elect faulted perpetrators of hate campaign, stressing that the cultural diversity of Nigeria is an added advantage. He adding that politicians should desist from bringing tribal sentiments into politics.

He thanked the leaders for honouring his invitation and narrated his long standing relationship with APC national leaders.

Kalu also reminded the gathering of Tinubu’s goodwill to Igbo, including the amenities he (Tinubu) executed in Igbo-dominated communities in the state, during his stint as governor.

He said: “I recall how Tinubu protected your markets when it was almost certain to be demolished. All the times I reached out to him on any Igbo-related issue in Lagos, Tinubu gives it full attention and he has continued to do that.

“We are so close that even my own children; Neya, Zina and Michael lived in his house for a long time.

“We are expecting that you strengthen the place of Igbo in Lagos by voting for the APC. With President Muhammadu Buhari’s victory at the polls, the same victory would be recorded in Lagos and it’s very important you all take part in that victory.”

The former governor noted that the governorship candidate, Sanwo-Olu, is the best choice for Lagos and warned that the “state would be messed up should any other party clinch victory.

“Sanwo-Olu has the capacity required of anyone who wants to lead highly resourceful people like Lagosians. Among other candidates, he is the most competent to govern the state.

“So, I urge you to go out and caste your vote for him,” the senator-elect told his kinsmen.

In response to his address, coordinator of the leaders, Chief Chibueze Okeke, who also doubles as the president general of Ohanaeze Bu Igwebuike, thanked the former governor for the invitation and the special hosting he offered them.

Speaking on their behalf, Okeke said they were happy because, according to him, “Orji Kalu is a forthright man who cares about the wellbeing of others. We know you love your people, we also know you are among the very few Nigerians who are detribalised.

“We have heard you and we must deliver the APC in Lagos. Once we fly back to Lagos, we shall spread the good news to every other Igbo man or woman.”