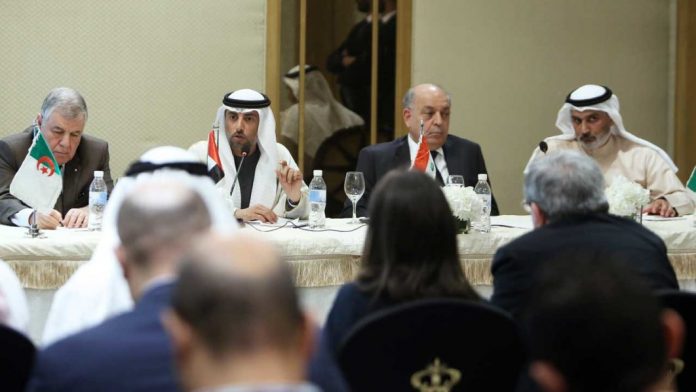 The Organization of the Petroleum Exporting Countries (OPEC) will likely wait until June to decide how to proceed with the production cuts as the initially set date for review, April, could be too soon to assess how the cuts and the supply from exempted and sanctioned Iran and Venezuela would affect the oil market, Reuters reported on Monday, citing three OPEC sources.

Citing three OPEC sources, Reuters reported that April could be too soon for a definitive decision to be made.

Already, Barclays in its report had noted that the main source of uncertainty and oil market instability this year, is how OPEC+ responds to U.S. government policy.

Oil prices edged higher on Tuesday as OPEC-led efforts to tighten supply offset the restart of Libya’s biggest oilfield and the prospect of weaker demand.

Supply curbs by OPEC and its allies have helped to drive oil prices more than 20 percent higher this year. Russia plans to speed up its output cuts this month, the energy minister said on Monday.

OPEC and its Russia-led non-OPEC partners are implementing a new round of cuts of a total of 1.2 million bpd between January and June in an attempt to rebalance the oil market, which had tipped into oversupply in the latter half of 2018 when the Saudi Arabia and its Gulf allies, together with Russia, ramped up production to compensate for what was expected to be a significant reduction of Iranian oil exports due to the U.S. sanctions.

With the U.S. granting waivers to eight Iranian customers, the OPEC+ alliance found themselves having to grapple with another glut building, coupled with market fears of economic and oil demand growth slowdown.

When the partners decided to begin the new round of cuts, they said that the deal was subject to review in April.

The key factors that OPEC will be watching in the next two months are how tight supply from Iran and Venezuela would be, considering that the current U.S. waivers expire in early May, while Venezuela’s production and exports are likely to further drop in the coming months as the political crisis there continues.

As things stand now, OPEC is likely to defer the decision from April to June and the likely scenario is to extend the agreement, the OPEC sources tell Reuters.

“So far the likely decision is to extend the agreement in June. Nothing much is planned for April, just to discuss the OPEC and non-OPEC (cooperation pact),” one OPEC source told Reuters.

Last week, Saudi Arabia’s Energy Minister Khalid al-Falih signaled that he was leaning toward an extension of the OPEC+ production cuts after June, although he noted that the producer group would take a measured approach not to tighten the oil market too much.