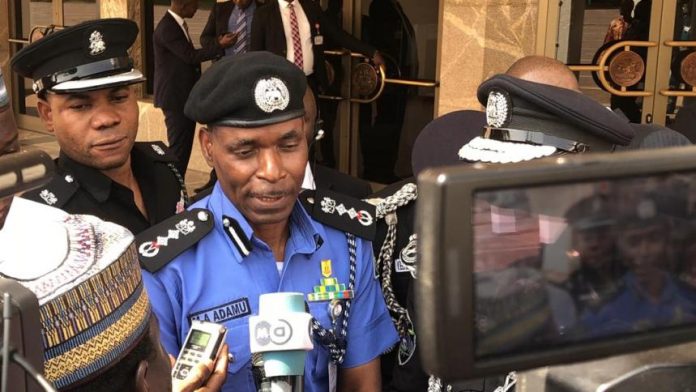 The Inspector-General of Police, Mohammed Adamu, has again warned that ballot-box snatchers and other perpetrators of electoral violence will be dealt with ruthlessly in the coming gubernatorial and state House of Assembly elections on Saturday.

He gave the warning at the end of the security meeting presided over by President Muhammadu Buhari on Tuesday.

He announced plans to deploy extra security measures by his men in violence-prone states across the country.

The police boss told State House correspondents that his men had orders to avert the kind of violence that attended the presidential and National Assembly polls in some states a fortnight ago.

He listed Bayelsa, Rivers and a few other states that were worst hit by violence, and warned that the police would not tolerate any form of violence or malpractices on Saturday.

Adamu thanked Nigerians who came out in their numbers to vote during the last elections and urge them to do the same in the forthcoming polls, as the police were ready with fresh strategies to make the exercise more peaceful.

The police boss said: “We are all aware of the fact that we just concluded the presidential and National Assembly elections and we want to congratulate Nigerians for the peaceful conduct of the elections; we are prepared now for the governorship and the House of Assembly elections in the country.

“We’ll like every Nigerian to come out and cast his or her vote. The security arrangement we provided during the presidential elections is being enhanced so as to provide an enabling environment for everybody to cast his or her vote for their preferred candidates.

“We will again advise those that want to disrupt the process to rethink because, during the presidential election, we had some few challenges here and there; we’ll not allow those challenges to repeat themselves. We are taking more security measures to address those pockets of challenges we noticed.

“We, the security personnel have resolved to deal ruthlessly with anybody that attempts to disrupt the process of this election. For that reason, we expect that in every state, the conduct of the election should be respected. We expect that electoral materials must not be tampered with; we expect that the INEC officials would do their work without fear or favour and without being allowed to compromise. At that same time, the security personnel are to perform their duties without allowing themselves to be compromised.

“So, we have heightened the security arrangement to make sure that the election goes without any hitch.”

Explaining when those arrested would be prosecuted, the Ag.IGP said: “Investigation is ongoing. There is an investigative team that has been set up headed by the Commissioner of Police in charge of the legal unit; they are compiling the case files; they are investigating them. At the end of the investigation, the police in liaison with INEC will prosecute them.”

On the killings in Bayelsa State and efforts in place to ensure peaceful elections, Adamu said: “Virtually, in Bayelsa …and there are other states within that zone that we have taken notice of … people there are prone to violence; so we have increased the number of security personnel that we have posted there.

“Also, we have increased the intelligent outfit that has been posted there so as to help us identify those people that are trying to cause problems so that we can take them out of the environment before they cause the problem. Therefore, there isan increase in security personnel.”

Responding to allegations by the electoral officers that the security agencies militarised the electoral process and plans to address this fear, Adamu said: “The lives of Nigerians are secured in terms of provision of adequate security; they should come out and vote.

“If you judge what you have said with the report of the international and local observers, you will see that both of them have adjudged the process as peaceful.

“So pocket of challenges we experienced here and there did not affect the peaceful conduct of the elections. The process was peaceful and credible.”

The meeting which started at 11am ended at 2pm.