Head of the Nigeria National Office (HNO) of WAEC, Olu Adenipekun, said in Lagos yesterday that out of 11,892 candidates that sat for the examination, 3,102 (representing 26.08 per cent) obtained credit and above in a minimum of five subjects including English Language and Mathematics.

Although Adenipekun explained that the performance might not be absolute failure for the affected candidates, as they might be seeking one or two subjects to complete their papers, the insistence of most Nigerian universities on accepting results of not more than one sitting dismisses his claims.

It has become a norm for many Nigerian universities to insist that candidates seeking admission must have five credits and above incuding English Language and Mathematics in not more than one sitting.

However, the HNO added that from the existing statistics, the candidates’ results represent an improvement from last year’s performance in which 17.5 per cent passed.

Of this figure, 3,102 candidates, representing 26.08 per cent, obtained credit and above in a minimum of five subjects including English Language and General Mathematics.”

He added that 11,686 candidates (98.27 per cent) had their results fully processed and released, while 206 (1.73 per cent) had a few of their subjects still being processed due to errors traceable to the candidates in the course of registration or writing the examination.

Such errors, he explained, are being corrected by the council to enable the affected candidates get their results fully processed and released subsequently.

Results of 376 candidates (3.16 per cent) of the total candidature for the examination are being withheld in connection with examination malpractice.

The cases, according to Adenipekun, are being investigated and reports of the investigations would be presented to the appropriate committee of the council in due course for consideration, just as the committee’s decisions would be communicated to the affected candidates.

He therefore advised candidates that sat for the examination to check the details of their performance on the council’s website www.waecdirect.org.

He commended the supervisors, invigilators, custodians and other ad hoc personnel for their sacrifices and contributions towards the successful conduct of the examination, making the results to be released 30 days after the conclusion of the examination. 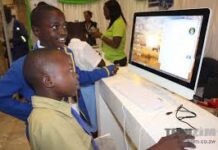 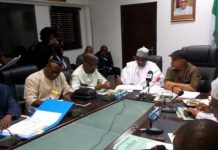 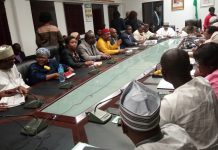 ASUU strike may be called off in one week – Education...