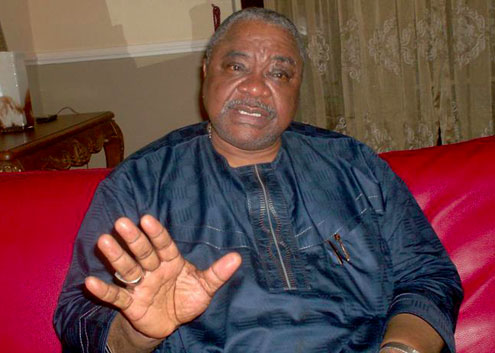 A former governor of Oyo State and candidate of the Action Democratic Party (ADP), Adebayo Alao-Akala, has formed an alliance with the gubernatorial candidate of the ruling All Progressives Congress (APC), Adebayo Adelabu, ahead of the March 9 election.

Mr Alao-Akala, while announcing the alliance, said he had jettisoned his ambition to contest under the ADP.

He, however, insisted that candidates of the ADP for the state House of Assembly election would still have his support.

Messrs Alao-Akala and Adelabu are two of the five leading governorship candidates for next Saturday’s governorship and state assembly elections in Oyo.

Mr Alao-Akala, a former governor of the state, last year dumped the APC when he discovered that he could not secure the ticket of the ruling party.

His announcement of the alliance comes two days after he had a meeting with an APC national leader, Bola Tinubu, in Abuja.
APC Chieftain, Chief Bola Tinubu briefing State House Correspondents

Mr Alao-Akala, in a statement signed by Wale Ohu, Director General, Akala Campaign Organisation, declared that he decided to form an alliance with APC instead of other opposition political parties in the interest of the people.

Mr Ohu in the statement made available to PREMIUM TIMES on Friday evening in Ibadan, the state capital, said, “Following the outcome of the just concluded presidential and national assembly elections, the Alao-Akala Campaign of the Action Democratic Party (ADP), has decided to go into an alliance with the governorship candidate of the All Progressives Congress (APC), Mr. Adebayo Adekola Adelabu ahead of the March 9th Governorship and state elections in the state.

“However, all Action Democratic Party (ADP) candidates contesting for the House of Assembly seats will go into the elections with the full support of His Excellency, Otunba Adebayo Alao-Akala.

“This serves as the true position of things against the rumoured defection of Otunba Adebayo Alao-Akala into the APC.

“The diverse and unachievable interest that pervaded the coalition amongst other connected issues that were raised and left unanswered led to the pull out from the coalition talks.

“Left with no other option upon being approached by the National Leadership of the All Progressives Congress (APC) to help salvage the party in Oyo State and with the promise of the APC gubernatorial candidate Bayo Adelabu expressing his readiness to work with the Action Democratic Party, adopt and implement the core values of our party and it’s manifesto and the intervention of the presidency hinged on our performance at the last elections and grassroots network not only in Ogbomoso but also in other parts of the state,
His Excellency, Otunba Adebayo Alao-Akala accepted to support Bayo Adelabu of the All Progressives Congress for the Gubernatorial election.
FILE PHOTO: Chief Akin Oke, Oyo APC Chairman, Gov. Ajimobi and the APC gubernatorial candidate, Adelabu

“His Excellency, Otunba Adebayo Alao-Akala, wishes to assure the good people of Oyo State that the hindrances of the past which led to our earlier exit from the APC which is dead and buried will never rear its ugly head again with a promise of a new lease of life with the new ADP/APC coalition Government which the new alliance promises to bring forth amongst many other suitable conditions which is cast in iron and under the strict supervision of the National Leadership of the APC”.

Mr Alao-Akala is being prosecuted by the anti-graft agency, EFCC, for allegedly stealing state funds while he was governor- Supported contents from PremiumTimes 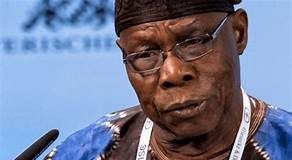 Obasanjo: Why I Don’t Want To Talk About 2019 Presidential Election