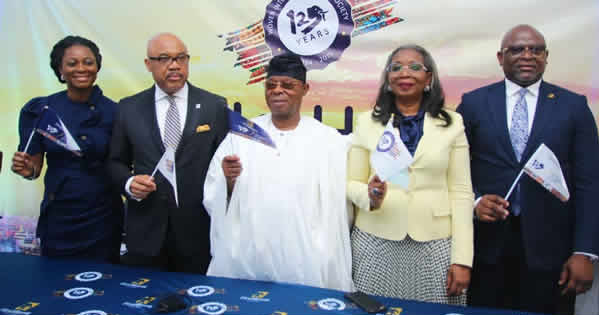 This was marked with the official hoisting of the anniversary ceremonial flag at its head office in Marina, with the Oba of Lagos HRH Oba Rilwan Akiolu as the royal father of the event.

In his special message Oba Rilwan Akiolu commended the bank for its role in developing Nigeria’s financial system and economy.

Giving the goodwill message from the market community, the CEO of the Nigeria Stock Exchange Mr. Oscar Onyema, OON lauded First Bank for its remarkable contribution to the capital market ecosystem.

The Deputy Governor of Central Bank of Nigeria Mr Adebisi Shonubi representing the Governor, congratulated First Bank on marking another milestone in its corporate existence.

At a press conference which had the management of First Bank in attendance, the Chairman of FBN Holdings Chief Oba Otudeko in his opening statement said First Bank has in 125 years, impacted Nigeria’s economy driving financial inclusion.

Dr Adesola Adeduntan the MD/CEO of First Bank Nigeria Plc stated that as a financial institution, the bank has supported the economic development of Nigeria.

By marking the 125th anniversary, Dr Adeduntan said the bank was taking a unique posture which will afford it the opportunity to constantly innovate and reinvent itself.

According to Adeduntan, some of the strides of First Bank include;

The Bank with the largest ATM network in the country
The Bank that is in the rare club of financial institutions that have existed for over 100 years.
The Largest Commercial bank in Nigeria

The Chairman of First Bank of Nigeria Mrs Ibukun Awosika also speaking in the media parley, asserted that the bank has played a major role in facilitating the growth of businesses across the country, in the past 125 years.

Chairman of FBN Holdings Mr U.K Eke said First Bank as the largest financial services group, has over the years continued to gain investor confidence, over its activities in the financial market. 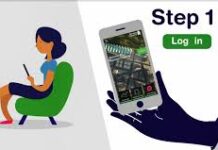 UBA Group Emerges African Bank of the Year at The Banker...