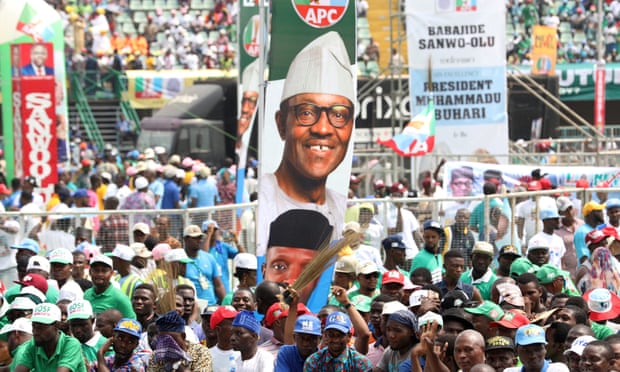 During the presidential campaigns prior to Nigeria’s election last week, aspirants largely hit president Muhammadu Buhari with the same stick: his handling of Africa’s largest economy.

Under Buhari’s watch, Nigeria’s economy, once one of the world’s most promising, has struggled with tepid growth, including a 15-month long recession. The effects on the lives of everyday Nigerians has been significant: the unemployment rate has more than doubled and more people now live in extreme poverty in Nigeria than anywhere else in the world.

The president’s ambitious plans to diversify Nigeria’s economy away from its dependence on oil have not yet borne fruit. Indeed, hopes of an agric-driven economy have been hurt by increased insecurity in key parts of the country.

With a new mandate for another four-year term in office, Buhari will get another shot at getting the economy back on track yet very few expect the president—known for inflexibility on policy—to do things differently. Nonso Obikili, an Abuja-based economist, says it’s “unlikely” the Buhari administration will be drastically changing its economic policies especially as success at the polls will be seen as “a referendum on their economic strategy.”

There is some potential for inadvertent change though with the tenure of Godwin Emefiele, Nigeria’s central bank governor, up in June. Emefiele has proved crucial in managing the government’s exchange rate and currency policy which resulted in a pressing dollar crunch and investor exits. But still, there’s no guarantee that Emefiele’s exit will result in a change in direction as his replacement is unlikely to be anyone that “contradicts the philosophy at Aso Rock,” says Obikili.

Indeed, given “their shared monetary stance,” Ed Hobey-Hamsher, senior Africa analyst at risk analysis firm Verisk Maplecroft, says Buhari might “break with precedent and look to retain Emefiele in [the] post beyond the end of his mandate in June.” An extension of Emefiele’s tenure could signal the government’s persistence with multiple exchange rates in its bid to ensure stability of the naira. As such, a truly free-floating currency, a preference for investors, “remains a distant prospect,” says Hobey-Hamsher.

One bright spot is investors remain keen on backing the government’s Economic Recovery and Growth Plan (ERGP), part of which involves fostering an improved business climate, Hobey-Hamsher says. But “without exchange rate reform or improved budgetary implementation, growth will remain subdued,” he adds. Indeed, Verisk Maplecroft estimates growth across the four years of Buhari’s second term will average 2.7%—an improvement on the 0.95% average of his first term but still less than Nigeria’s projected population growth rate. For its part, Fitch Solutions, predicts “the economy to remain stuck in a low-growth cycle” following Buhari’s win.

There’s one clear upside of Buhari win at the polls for investors though. “Uncertainty is the worst option for investors,” Obikili says. “And a Buhari win will mean there’s less uncertainty”. Put another way, everyone will know what to expect. 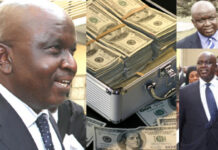