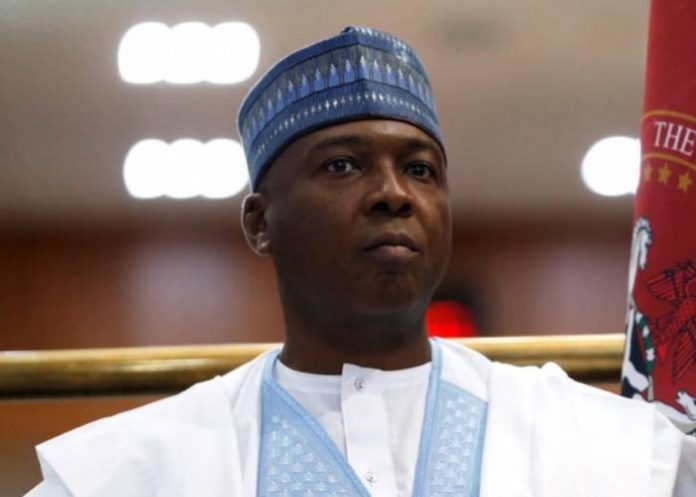 Reactions have continued to trail the defeat of the incumbent senator representing Kwara central Senatorial district at the national assembly, Dr Bukola Saraki in the just concluded Senatorial election.

A Kwaran, Mr Toyin Oniyanga, who came from Abuja to Ilorin to vote, said, “We are not surprised at his loss because it has been long expected. God just answered our prayer over Saraki. He is not interested in state because since he has been in the state no meaningful development.

“The Otoge (enough is enough) slogan is sang all over the world by Kwarans and non-Kwarans alike. Now he is gone and we are thanking God for defeating Saraki. Bukola Saraki can never come to Kwara and aspire for any position again,” Oniyangi said.

Another Kwaran, Hajia Maryam Muhammed, who came from Mooro Local government area of Kwara state, said, “He is so full of himself and feel no one else except him. The belief that nothing can be achieved in Kwara without him is also annoying because that amounts to equating himself to God, but because God was on our side we were able to defeat him.

“I want call on the winner, Oloriegbe to be watchful because he should always remember how we all accepted Saraki when he came. He should do well and always remember that what is constant in life is change. If he fails, Kwarans will give him the same treatment they gave Saraki. He should know our challenges in Kwara central and try all his best to surmount the challenges. I pray God will help him,” Muhammed said.

A civil servant from Ilorin East local government, Comrade Issa Kazeem, said it is time for people of Kwara to deliver themselves from the dynasty of the Saraki because Kwarans believed that Saraki is a miscreant who has no plan for the citizens of the state.

“As a result of that, Kwarans decided to deliver themselves from the so called dynasty. So the victory is for Kwarans and we are grateful to the Almighty because He is the only one we can appreciate at this time because it is not by our knowledge but the Almighty God,” Kazeem said.