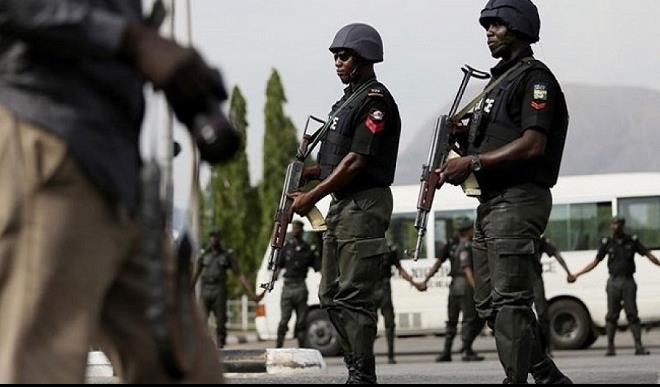 A police corporal identified as Sunday Idoko was shot dead by unknown gunmen while escorting election results from Ipokia to the Ilaro collation centre in Ogun.

The News Agency of Nigeria (NAN) gathered that the incident happened around 8: 00 pm on Sunday in Eredo area of Yewa South Local Government Area of the state.

The gunmen were said to have laid ambush at Eredo and began shooting sporadically at the vehicle conveying the election results and other materials.

The results of the House of Representatives for Ipokia/Yewa South Federal Constituency seat were being taken to Oronna Hall in Ilaro.

Mr Abimbola, who said that the hoodlums would be brought to book, however, assured that the election results were intact.

“The unfortunate incident happened on Sunday evening when he was escorting election results to Ilaro. The hoodlums laid ambush on the vehicle conveying the results.

“We are on the trail of the hoodlums and we are going to arrest them,” he added. (NAN)