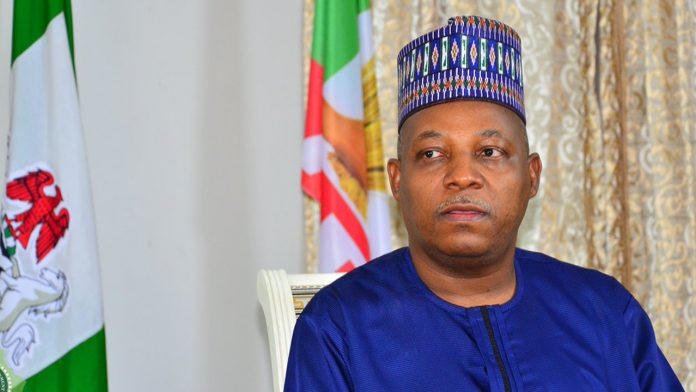 A faction of the Peoples Democratic Party in Borno State has blamed the huge loss the party’s presidential candidate, Atiku Abubakar, suffered in the state on Governor Kashim Shettima.

Usman Badeiri, the PDP factional chairman in an email to PREMIUM TIMES, lamented that Mr Abubakar has presented the best opportunity for a person from the north east of the country to emerge as Nigeria’s president for the first time.

“It is unfortunate that some of our leaders here, especially the governor are failing to see the big picture and benefit that would accrue to our region,” Mr Badeiri said.

He also said the people of Borno consider Mr Abubakar as their own because “he is our in-law”.

The PDP leader said as announcement of results continue in the state, it has become clear that the former vice president will score less than 10 per cent of the votes.

Mr Bodeiri said the PDP was experiencing its worst performance in Borno since 1999.

He said PDP candidates “consistently scored between 30 to 40 percent votes in Presidential elections except in the 2015 and 2019 elections with Shettima as Governor”.

“You must have seen the results being collated from all the 27 local government areas in Borno. How can former Vice President Atiku Abubakar who is a son of the northeast, someone who got married from Borno and whose son also married from Borno, fail to score 10 percent on Saturday?

“Between 1999 and 2003 when the late Mala Kachalla was Governor, the PDP’s candidate Olusegun Obasanjo scored between 30 to 50 percent in both Presidential elections.

“In 2007 and 2011 when Senator Ali Modu Sheriff was Governor at the time of both elections, PDP’s candidates Umaru Musa Yar’Adua and Goodluck Jonathan all got 30 to 40 percent. Imagine Jonathan that is from the Niger Delta.

“However, in 2015 and 2019 (Kashim Shettima’s era) during both elections, PDP’s candidates Goodluck Jonathan and now Atiku Abubakar both scored embarrassing votes. In 2015, Jonathan got 6 percent of the votes cast. Now Atiku is also getting less than 10 percent. Was it not the same Buhari that contested in 2003 and 2007 under Governor Sheriff and the PDP scored 30 to 40 percent?

“Why is it that it is only under Kashim Shettima that Buhari is getting more than 90 percent of the votes in Borno State? Something is fishy. We believe Kashim Shettima is doing everything to make Borno a one party state and this is not good for democracy. He is undermining the PDP’s chances since 2015.

“The PDP in Borno State has been more divided under Kashim Shettima than under any Governor from 1999,” he said. PremiumTimes