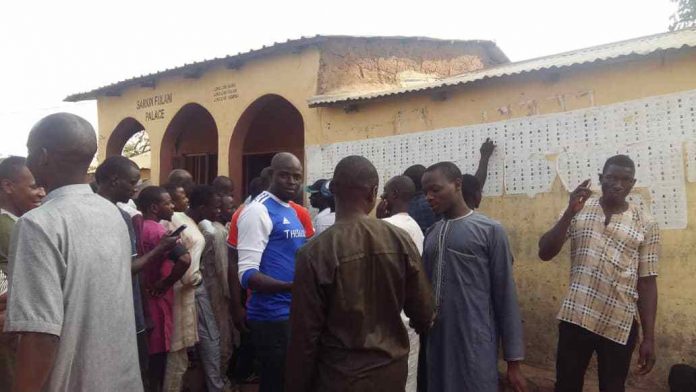 As voting was concluded on Saturday, the Peoples Democratic Party (PDP) led in various polling units in Nyanya, Kugbo, Jikwoyi and in other areas.

The News Agency of Nigeria (NAN) correspondents who visited polling units, reports that PDP candidates in the Presidential, Senatorial and House of Assembly candidates led in the areas.

At unit 020C Polling Unit in Nyanya, PDP had 12 votes ,while PCP got one in the presidential election with number of registered voters put at 46, accredited voters, 46, unused ballot, 23, invalid votes, 13.

Also, at the Federal Housing Authority (FHA), Nyanya EC 30A and 020B Polling Units, PDP won the presidential election with 25 votes, APC 2, and ANDP 1; number of registered voters, 124.

For the senatorial votes, PDP won with 23, APC 3 and LP 1 with number of registered voters at 124.

PDP also won the senatorial elections with 89 votes, APC 28, others are 7 with registered voters – 386.

Similarly, at the Polling Unit 011, Nyanya Primary School, PDP tops in the House of Representatives elections with 412 votes, APC-67 and others 43 and invalid ballot papers- 16.

The story is the same in the presidential poll with PDP leading with 438 votes, APC 61, others 22 and 15 invalid votes.

Also, at the polling unit 009A in Kugbo, PDP won the presidential election with 483 votes and APC 84.

At the Jikwoyi primary school polling center 007 unit, PDP led with 145 and APC 29 in the presidential elections while at 005 polling unit, PDP won with130 and APC with 25.

At the 006 polling unit also in Jikwoyi primary school, PDP led the presidential elections with 89 and APC 15, and at the 001 polling unit, PDP won with 159 and APC 6.

Voting ended in the units at 3.p.m., while that of the Model City Gate, Gwarimpa Polling Unit ended at 4:30p.m.

At LEA Primary School, only the Presidential results were ready with PDP having 707, and APC got 194, out of a total votes of 879, while invalid votes were 112.

However, the Presiding Officer, Auwal Kundi said that the results for the Senate and Legislature were not ready, adding that they would be concluded on Sunday morning.

Mr Kundi complained that provisions were not made for food and drink since they came to the unit in the early hours of the burning.

“Can you imagine that up till now, we have not taken anything,’’ he said.

Similarly, PDP led the Presidential election in Gwarimpa Model School Polling unit 024 with total votes of 673, with APC having 272, other parties had 30 votes and 45 invalid votes were recorded.

At Efab Estate Lifecamp Unit 017, PDP won the senatorial seat with 844 votes while APC got 267 votes and for the seat of House of Representatives, PDP got 798 and APC got 270 votes.

PDP won the Presidential position with total votes of 833 votes while APC got 258 votes, according to the Presiding Officer, Bede Nwankwo.

Meanwhile, a voter, Anthony Asonaya, at the LEA Primary School, Galadima, Gwarimpa polling unit donated a generator for INEC complete the collation of results, which extended to as late as 9 p.m.

Mr Asonaya said he had been providing generator in that unit for the past three elections since 2011 to support the process.

He said his motivation was to ensure that the process was transparent and went smoothly.

“Above all, my love for the country has made me to help INEC in the exercise,’’ he said.

As at the time of filing this report, elections were yet to the concluded at the Karu and Karshi polling units. 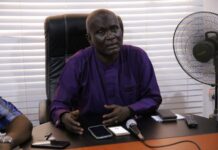 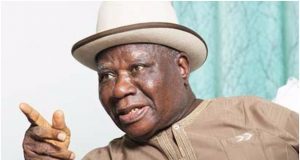 PDP to Obiano: You are a disgrace to Ojuwku, Nigbo nation