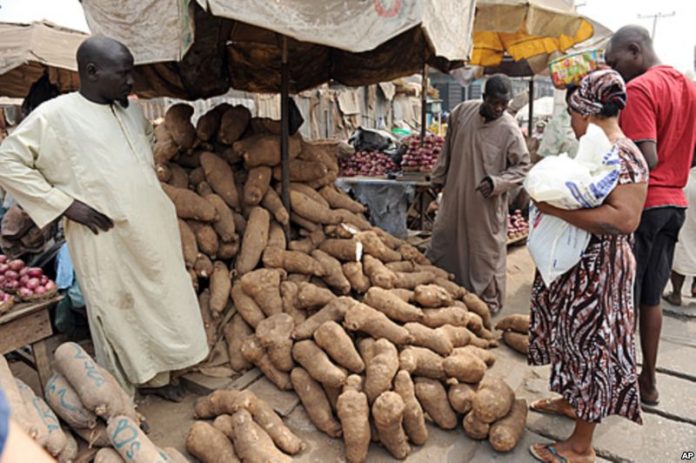 The decline in annual inflation rate was driven by lower food prices, especially in Enugu, Plateau and Kogi States – food inflation in the respective states moderated to 11.64%, 11.82% and 11.87% in January 2019.

The pressure on food prices eased y-o-y to 13.51% (lower than 13.56% in December 2018), partly due to the ease in herders farmers clashes witnessed in the last quarter of 2018, coupled with ongoing harvest.

In another development, GlobalData (a leading data and analytics company) in its report titled: Global Planned Refining Industry Outlook to 2023 – Capacity and Capital Expenditure Forecasts with Details of All Planned Refineries, showed that China and Nigeria are expected to be the major contributors to the global refining industry capacity growth from planned and announced projects between 2019 and 2023.

According to the report, the total global planned and announced refining capacity in 2023 will be 17,882 million barrels of oil per day (mbd). It further stated that across the globe, 158 new refineries were planned to start operations between 2019 and 2023, thus, a total new-build capital expenditure (capex) of around USD520 billion was expected globally.

Of the two countries, China was identified as the first largest country to add more refining capacity in the next four years, as its planned additional refining capacity during the forecast period was 3,121 mbd which would come from its 10 planned and announced refineries with a capex of USD53.20 billion on new-build. The report revealed that China’s ambitious refinery capacity expansion program was fueled by the country’s industrial growth and spiraling demand from the transportation sector.

It also expressed that the capacity expansion program kept powering China’s crude imports and transforming the nation to a strong contender for exports of petroleum products. Nigeria, identified as the second largest country in refining capacity additions by GlobalData, was expected to add around 2,225 mbd of refining capacity by 2023. Its planned and announced new-build capex of USD40.5 billion would be spent during the outlook period.

Further analysis of the report revealed that in terms of refining capacity, among the upcoming refineries, Dayushan Island refinery in China, Lagos refinery in Nigeria and Al-Zour refinery in Kuwait will lead with 800 mbd, 650 mbd and 615 mbd, respectively.

We expect further downward pressure on headline inflation in February 2019 as Food inflation – which has the largest weight in the basket – remains stable amid continuing harvest season. Meanwhile, one of the key drivers of increasing costs in Nigeria today is high exchange rate (Naira/USD at N360).

Thus, the completion of the 650 mbd Dangote’s refinery is expected to boost Nigeria’s growth and turn the country from an importer of refined products into an exporter, transforming global trade patterns. With this anticipated transformation, Nigeria’s currency would strengthened and subsequently acting as a catalyst to drive further fall in inflation rate even to a single digit level.