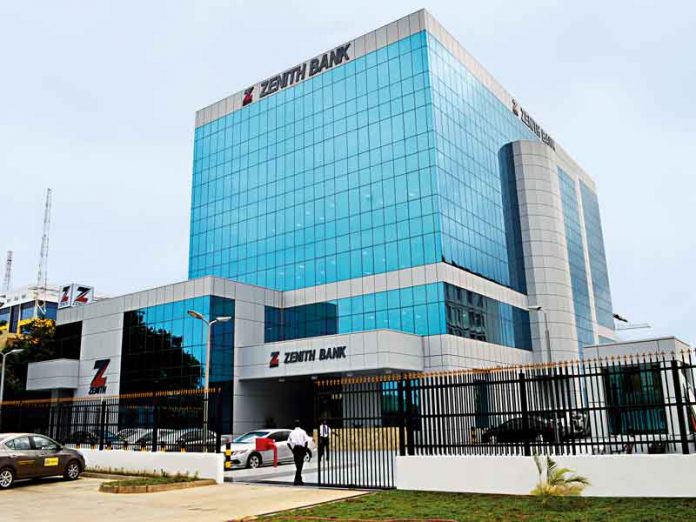 The News Agency of Nigeria (NAN) reports that the bank’s audited result releases by the Nigerian Stock Exchange (NSE) showed that its gross earnings dropped to N630.34 billion against N745.19 billion in 2017.

This represents a decrease of 15.41 per cent.

The directors had proposed a final dividend of N2.50 per share in addition to the 30k per share paid as interim dividend amounting to N2.80 per share, compared with N2.70 paid in 2017.

The qualification date for dividend is March 8, 2019, while Annual General Meeting and dividend payment date is March 19.

A further analysis of the results showed that Zenith Bank Plc was cautious in loans advancement to customers in 2018.

The customers deposit increased from N3.44 trillion to N3.69 trillion during the period under review.