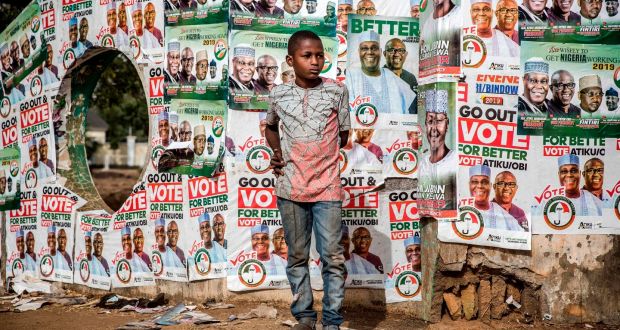 The British High Commissioner to Nigeria, Catriona Laing, has said the UK and other foreign missions are in Nigeria because they want the election to be successful.

Ms Laing said this on Thursday ahead of Nigeria’s elections on Saturday.

She also said the United Kingdom (UK), United States, (US), European Union (EU), and other foreign partners are friends with Nigeria as they hope the elections turn out well.

Ms Laing disclosed this at a press conference organised by YAIGA Africa as it disclosed its plans to deploy 3,906 observers on February 16, to observe the presidential and National Assembly elections at Transcorp Hilton hotels in Abuja.

”The UK US, EU and all the other partners … We are all friends of Nigeria. We are here because we want this election to succeed. This election is a critical mantle from the last election,” Ms Laing said.

”We hope (for) a democratic consolidation and if this one goes well, it would really signal to Nigerians and to the world. And if it does not go well, I fear this would really significantly set Nigerians backward, so we really want this to work.

”Secondly, there is really a lot to celebrate, against the last election,” she said.

She also said the UK government has spent close £50 million since 2014 in supporting the work of the Independent National Electoral Commission (INEC) and People With Disability (PWD).

”The peace accord signed yesterday, it is a really significant mantle, and I feel proud of what the UK has done to help to make this election work. We have put in nearly 50 million pounds since 2014, to support democratic governance.

”12 million pounds to INEC and the rest is gone to civil society, advocacy and participation and 6 million towards the inclusion of people with disabilities and other marginalised groups.

“We are proud of what we have done to support the improvement of what I have mentioned.”

She said that the UK government has concerns on issues regarding security as it is one of the biggest risks in Nigeria’s election.

”But, we do have some worries, as security is still the biggest risk and the role and form of security forces.

”And secondly, security in another sense – we really urge political parties to ask their supporters to act responsibly and avoid hate speech as well as promotion of violence as we would be watching that very closely.

“If all that could be managed, we all hope that things go well with the people as we wish the people of Nigeria the very best,” she said.

The US ambassador to Nigeria, Stuart Symington, in his goodwill message, urged Nigerians to go out and exercise their franchise on the day of the election.

Recently, Mr Symington has faced criticisms by the Nigerian government for allegedly interfering in the country’s electoral process.

However, he emphasised that the U.S. government is not supporting any candidate in the coming general elections.

”If you ask yourself today, where in the world is freedom in the hands of a high dynamic rapidly growing population? The answer is in Africa. And YAIGA Africa, from one end of the continent to the other, is inspiring the youths that predominate this generation and the next, with the hope that not only would they cast their vote but their votes would count.”

”And I encourage every Nigerian to vote. I hope, with all my heart, that every Nigerian that has a voters card will use that voter’s card on election day. And remember, as you vote, it is your choice. We have no candidate, no party, except the very democratic process itself.

Hussaini Abdu, Chairman, YIAGA Africa – Watching the Vote, explained that YIAGA AFRICA’s Watching The Vote’s efforts include volunteers from all walks of life- women and men, youth and the elderly, persons with disability, Northerners and Southerners, Muslims and Christians.

The president of the National Democratic Institute (NDI), Derek Mitchell, said the NDI has been committed to Nigeria’s democracy for over 20 years.

He also said Nigeria’s democracy is still a work in progress, “as it is a journey that is never done.

”This is just a step in a long journey. It is not just an issue of Nigeria but in every country, even in the United States, it is a journey that is never done. It is still a work in progress,” Mr Mitchell said.

”We are here to demonstrate with certain things that transcend politics. We are here in solidarity. That says this country matters. What happens here matters, not just in your country but all over the world,” he added.

The Executive Director, Policy and Legal Advocacy Centre (PLAC) who is also the head, Civil Society Election Situation Room (centre), Clement Nwankwo, said ”(The) Situation Room would ensure it keeps an eye in this election and the vote of every Nigerian counts.” 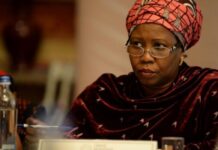 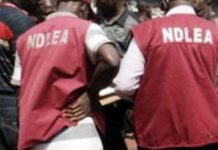 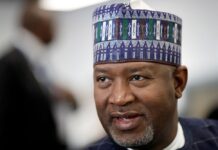