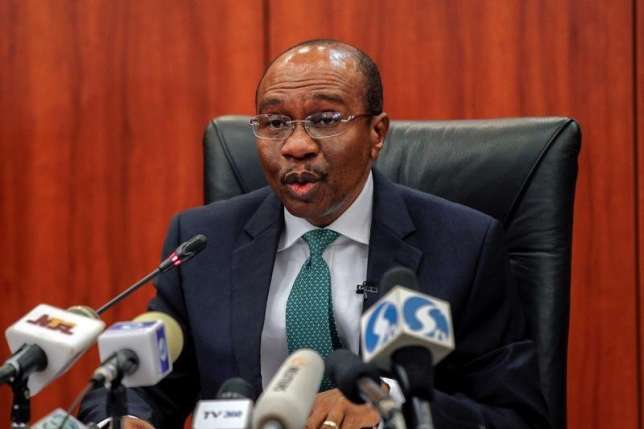 The Central Bank of Nigeria (CBN) Thursday said it expected further
stability in the foreign exchange (FX) market in 2019, predicating its stance on the decision of the US Federal Reserve not to hike interest rate in the near future.

It added that the stability currently enjoyed in the FX market had
boosted the country’s external reserves to over $43 billion.

This is coming as the Bankers’ Committee tinkers with a plan to
provide a single-digit credit to the creative industry.

CBN Director, Development Finance Department, Mr. Mudashiru Olaitan,
explained that the news that the US Federal Reserve will not raise
rates was particularly good for emerging economies including Nigeria
as it “means that the dollar is not going to strengthen against our
currency”.

“So, when we already have stability in our foreign exchange market, that is good news that is going to help stability,” he said.

Addressing journalists alongside other banks chief executives at the
end of the 342nd meeting of the Bankers’ Committee in Abuja, he said
the committee deliberated on the global slowdown in economy, the
downward growth projection by the IMF in 2019, partly as a result of
the China, US trade tariffs war as well as Brexit.

However, he said the latest GDP growth figures from the National
Bureau of Statistics (NBS), which showed the economy posted 2.38 per
cent growth in the fourth quarter of last year, offered some inspiring
news for the country, stressing that the country’s economic forecast
for the year looked impressive.

“Again, as part of talent development, and huge population which needs
to be educated in IT or movies, people need to pay to use these academies.

“What the industry is going to do is provide soft loans for most of these people, with very little equity at least to show participation because you don’t want to create a moral hazard, so they can use it, pay for these infrastructure, develop their talents and as they work,
they can pay back those loans.

According to him, “We basically found out that the sector would generate significant amount of employment and given how Nigerians in the creative sector have done well in Nollywood, in music, it can have significant impact on employment as well as GDP and of course, Nigeria can become the heart for tourism if the whole sector is handledproperly.

“It could be a source of foreign exchange earning capacity if we invest significantly in that sector. So there are four specific verticals that will be supported with a lot of resources: the music, movie, fashion and IT industries.

He added: “So, all of these efforts will happen before the beginning of the next quarter. The different participants, working with international institutions can start building the relevant infrastructure to support talent development and support of content in the different things that they do.

“The banking industry realises that it requires funding at reasonable interest rates and of course, other appropriate structures to make sure those industry are taken from their nascent stage where they are right now, until they become profitable and visibly support their own various value chain.”