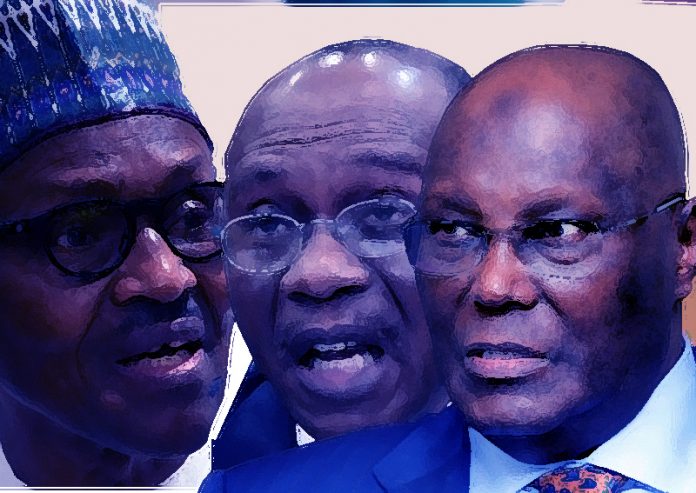 Having seen headline inflation moderate from fifteen per cent level in January 2018 to eleven per cent level in December 2018, our outlook on inflation is one of a gentle increase in prices from 11.44% recorded in December 2018 as we expect upside inflationary factors to have a mild effect on general price levels amid efforts by Central Bank of Nigeria to control price increases using appropriate monetary policy tools such as Open Market Operations. Our inflation outlook is mostly predicated on a number of factors which include: economic events in external environment, implementation of the new minimum wage locally as well as the planting/rainy season among other things.

We expect the biggest exogenous factor, in our opinion, the U.S.-China trade war, to be resolved to some degree (as the March 01, 2018 ceasefire deadline could be extended due to lingering issues around intellectual property rights) and thus spur business and consumer confidence, increase global demand and provide price support to global commodities such as crude oil. This is expected to ultimately increase Nigeria’s foreign exchange supply given the apex bank’s commitment to defend the Naira and ensure exchange rate stability.

This, we believe, is a more likely scenario compared to that formed from softening of global crude oil prices resulting from a lack of resolution to the trade dispute; in which case, ensuing weakness in global confidence levels would weaken demand for commodities, ultimately resulting in inadequate foreign exchange supply and increased foreign exchange volatility with a pass-through effect on inflation (cost push inflation).

On the implementation of the new minimum wage of N30,000 per worker, the immediate effect would be increased upside risk to inflation due to increased spending power amid relatively lower supply in goods and services, leading producers to increase their prices in response. However, we expect to the monetary authority to embark on mop up of excess financial system liquidity in order to manage increased demand and slow down demand-pull inflation.

In addition, the planting/rainy season is now underway and so we anticipate a gradual decline in food stockpiles which include grains and tubers among other food commodities. This is expected to have a sustained, but gentle increase in food prices until the onset of the harvest season around October this year when we anticipate an ease in food prices, and ultimately, headline inflation.

We therefore believe that, once it takes hold, it could serve to reduce incidences of arbitrary hike in output prices and help to ensure general price stability – even if in the medium to long term.

In 2018, interest rates generally moderated (NIBOR softened to below 15 per cent level from above 20 per cent level), partly due to increase in money supply following improved foreign exchange earnings.

We expect domestic interest rates to remain in double digits, most likely above 15 per cent for NIBOR, given a number of influencing factors such as decisions on the United States Fed rate coupled with anticipated increases in Nigeria’s fiscal deficit as well as general price level.
Monetary policy in the world’s largest economy, the U.S., is expected to pose a slightly dovish stance in light of latest global economic realities tinged with uncertainties which informed a slower global growth forecast, by the International Monetary Fund, of 2.9% for 2019 (from an estimated 3.0% for 2018). It is doubtful that we will see aggressive Fed rate hikes given relatively weak global business and consumer confidence levels, a stronger dollar vis a vis weaker trading pairs, and slower growth expectations for Europe and China. Hence, the risk of portfolio outflows appears somewhat abated, thus reducing expectations of increasing interest risk to attract foreign portfolio investors.

In the domestic economy we expect Central Bank of Nigeria to retain the benchmark in interest rate at 14% in line with benign inflation expectations and given the need to support economic growth. But we do not see a moderation in this key interest rate in the short term due to the need to accommodate investors’ appetite for positive real returns.

Meanwhile, we expect the main upside risk to inflation to come from anticipated increase in fiscal deficit – regardless of the outcome of the February 16, 2019 poll – due to the simple fact that Nigeria’s crude oil output has been reviewed downwards, thus reducing revenue projections, while expenditure is expected to increase. This will result in increased borrowings and at higher interest rates which is expected to crowd-out the private sector. Hence, we expect money market interest rates as well as bond yields to trend higher – especially in the face of possible slower accretion to the external reserves.

2019 FIXED INCOME STRATEGY
We anticipate an increase in fixed income yields in the domestic bond market, particularly in H2 2019, partly due to expected increase in borrowings on account of anticipated increase in fiscal deficit. This is more so given that foreign borrowings appear to have reached “cautionary level” as foreign debt stock grew by 137.41% from USD10.72 billion in 2015 (and by 29.30% from USD18.91 billion in 2017) to USD24.45 billion in 2018 – an amount that has also increased external debt service to revenue ratio – while there are expectations of slower accretion to foreign exchange reserves with attendant foreign exchange risk. A projected low single digit GDP growth for 2019 should also increase risk premium.

Although we have seen 10-year bond yields decline on average from around 16 per cent in 2017 to about 14 per cent in 2018, we anticipate a reversal to 15-16 per cent levels in 2019. Therefore, because we expect bond yields to trend higher (bonds to be sold at deeper discounts) in H2 2019, we recommend being invested at the short end of the yield curve, i.e. treasury bills of low maturities in H1 2019 and to increase duration as we progress into H2 2019. Investors in long dated papers could take advantage of anticipated higher interest risk in H2 by tactically selling their holdings currently held at a profit in H1 and reinvesting proceeds in instruments at deeper discounts in the future.

2019 EQUITIES STRATEGY
We see local equities bouncing back into the green territory in the event of a post violence-free Presidential election and subsequently closing the year on a positive note. This is against the backdrop of the turnaround by the US Federal Open Market Committee on its decision to further hike the Fed rate amid concerns of slower global economic growth. As per the effect of the upcoming presidential poll on February 16, irrespective of who eventually emerges victorious, we expect the Nigerian equities market to still close in positive region at the end of 2019.
However, we should see the local bourse rebound stronger if a market-friendly Presidential candidate eventually emerges. If these conditions are met, we expect foreign investors to return to the Nigerian market and take advantage of the cheap value stocks by buying the dip.

What Informs Our Stock Picks?
1. We like viable companies that have significant market share or rapidly growing market share in their respective industries.
2. We recommend efficiently-run companies.
3. We also recommend companies with significant cashflow and flexibility to take advantage of expansion opportunities.

Sectors to Consider
The economy is expected to expand further in 2019 and its impact should be felt across all sectors.
1. Financial Services stocks should benefit from expected increase in interest rates.
2. FMCGs are expected to witness increased demand for their products on account of the implementation of the new minimum wage.
3. Construction sector should be driven by anticipated boost in public works such as construction of roads and bridges, housing, etc.

In conclusion we advise a short-term equities market investment strategy – buying the dip and selling the rally. We have seen prices move significantly ahead of the February polls and we anticipate the movement to peak during the corporate earnings season by which time it will be advisable to take profit and invest in short term fixed income instruments. However, for long-term investors, we suggest a hold particularly as macroeconomic conditions are expected to improve in the medium to long term and corporate earnings are expected to result in higher accumulated dividend payouts, thus translating to higher dividend yields.

Dana Air Crash: Pilot Had Been Suspended By US FAA, Training...